I’m covering the Blood in the Snow Film Festival November 21 – 26!

I’m covering the Blood in the Snow Film Festival November 21 – 26!

Regan Macaulay2019-11-18T00:00:00+00:00
By Regan Macaulay What's New Blood in the Snow Film Festival, Canadian genre movies, Canadian horror movies, cult movies, Horror comedy, horror movies Comments Off on I’m covering the Blood in the Snow Film Festival November 21 – 26!
The Blood in the Snow Film Festival opens this Thursday, November 21 with the 9:30pm screening of horror-comedies (yay!) “Puppet Killer” (and short films “…) at the Royal Cinema (608 College St., Toronto)…and I will be there to check it out, and follow up with a blog post filling you in on my thoughts and other details about the film (spoiler-free, so you can still enjoy it, if you’re not able to make it to the screening Thursday night)…
In fact, I will be seeing as many of the films in BITS as I can, then writing about them on my blog! Visit my author site for the full schedule and links to buy tickets to all of these great horror/genre films from Canada!
Watch for my Facebook Lives prior to screenings and my up-coming interviews with some of the filmmakers with new Canadian horror films featured at BITS…🎥💀
And be sure to check out my interview with Kelly Michael Stewart, Festival Director, from my 13 Horrifically Silly Days of Halloween. I also speak with a few of the filmmakers featured in this year’s fest! 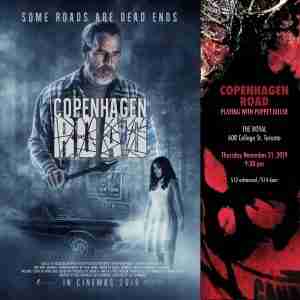 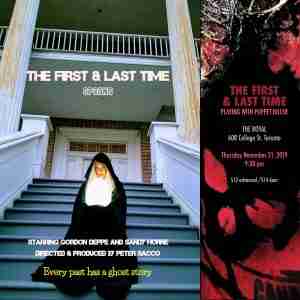 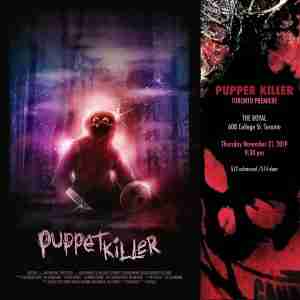 For more information, including info on prices, passes, venues, show times, visit the official Fringe of Toronto Festival Website, as well as this website.  For more information on "Without Whom", visit the site of Beautiful Lie Productions.  Check out Triple Take's group page on... read more

Triple Take Productions and Still Winter Media are working together to co-produce what will be their first ultra low-budget digital video feature - William Shakespeare's Macbeth. We look forward to casting this particular production! read more

Shout outs to some of the first people to donate to the “Space Zombies” digital release campaign!

Many, many thanks from the Producers and the Zombies to the following individuals who have donated funds towards the costs of the digital release of "Space Zombies:  13 Months of Brain-Spinning Mayhem!"...for those of you who haven't, please DONATE NOW! Thank you to David... read more

Trevor, who played the rampaging "giant toad-beast" in Space Zombies:  13 Months of Brain-Spinning Mayhem!, has been with us for about 10 years now!  To celebrate, we're giving you a discount on the Space Zombies script, available through lulu.com.  Buy your digest-sized, bound, and... read more 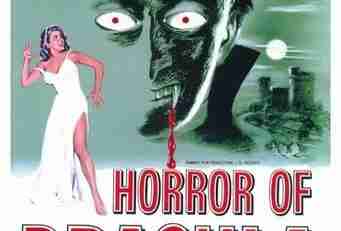 Horror of Dracula, 1958, a Hammer film.  You may have noticed that I have not selected the original Dracula with Bela Lugosi.  This is because I consider it more of a "classic" film than a B-movie, and frankly, it's kinda less enjoyable.  Horror of... read more

“Tightrope” at the New Ideas Festival

A short version of Tightrope, by R.J. Downes, a play that Triple Take is co-producing with Magmoe Media at the 2010 Toronto Fringe, is playing at this year's New Ideas Festival at the Alumnae Theatre. The play is directed by Kate Fenton and stars Mark... read more