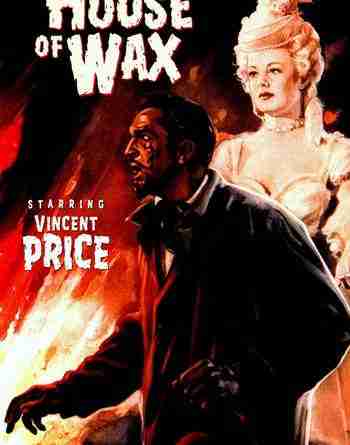 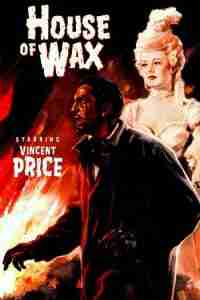 B-movies have been a big part of my life for many years, and what better time of year to celebrate them than October and the Halloween season!

Some of the B-movies on my list are legit good movies and others are so bad they’re good, if you get me.  Today, I bring you the first two in my random list of ten faves (in no particular order, mind you):  House of Wax and Theatre of Blood, both starring Vincent Price, the best casting choice to guarantee you a good horror movie, whether you consider it an A-movie or a B-movie.

House of Wax, 1953:  A 3-D horror movie about a wax figure sculptor, betrayed by his first business partner who burns down his wax museum, and the sculptor with it, who rises from the ashes, as it were, starts a new wax museum by covering corpses in wax (as he can no longer sculpt).  This movie is actually a remake of Mystery of the Wax Museum (1933).  Some purposely comedic moments as well as other moments where the filmmakers were clearly having fun with the newish 3-D technology, which ends up unintentionally hilarious when you’re watching it as a “regular movie” nowadays.

Theatre of Blood, 1973:  And 20 years later, we have this comic horror romp!  Classical Shakespearean actor Edward Lionheart gets vengeance against his critics in multiple theatrical ways…I won’t spoil it, it’s just too good!  Also stars Diana Rigg as his daughter.

Vincent Price starred in many films I adore, and I will write about another soon.  It’s far too difficult to try and pick out “the best” ones, so I have chosen three that are quite different from one another, by different filmmakers and producers.  For more, look into the work Vincent Price did with producer and director Roger Corman, when they worked together on many, many Edgar Allan Poe adaptations (including some adapted by Richard Matheson…he’s the original writer of Hell House and I am Legend, among other titles you will surely recognize). 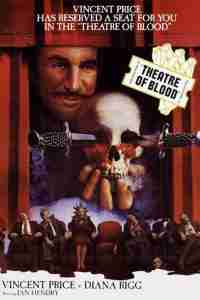