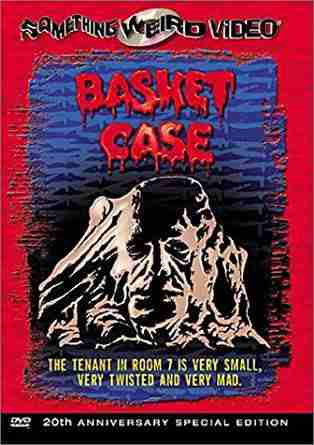 Basket Case is a B-movie cult classic written and directed by Frank Henenlotter. It’s about  a young man who carries around his deformed Siamese-twin brother inside a basket. The deformed twin brother seeks vengeance upon the doctors who separated the brothers years ago. Oh, and the film is now part of the permanent collection at the Museum of Modern Art!

Basket Case is a 1982 American slasher film written and directed by Frank Henenlotter, and produced by Edgar Ievins. Kevin Van Hentenryck stars as a normal-looking person who seeks vengeance for the unwanted surgery that separated him from his deformed conjoined twin brother.

The film gained an audience in the 1980s due to the advent of home video and has been considered a cult film.[2] The film spawned two sequels, Basket Case 2 (1990) and Basket Case 3: The Progeny (1991), which were also directed by Henenlotter.

The movie was shot on 16 mm film. Basket Case had a budget of only about $35,000,[1] financed by a small production team largely with its own rental money to enable the film to be realized.[3] Director Henenlotter did not have control over the post-production, and the result was dark, murky, and converted to a different aspect ratio. The film was shot in part on Manhattan’s 42nd Street.[4] Henenlotter wrote the film as he walked around Times Square, which he called a “seedy, wonderful atmosphere.”[5]

The special effects for Belial consist largely of a puppet in some scenes and stop motion in others. When Belial’s hand is seen attacking his victims, it is really a glove worn by Henenlotter. The puppet is used in scenes with an actor and where the eyes glow red. The sequence for Belial’s rampage used stop motion animation.[6]

What can I say …  this film is absolutely derranged and a whole lotta fun! I can’t recommend it highly enough. The premise is ridiculous and the acting is just plain strange, but it’s all very compelling. Add that to some truly seedy looking locations, the 80s vibe, and super fun practical and stop motion FX and you’ve got yourself a B-movie winner!

I scrounged up some fun facts about the movie, and a few errors, too: 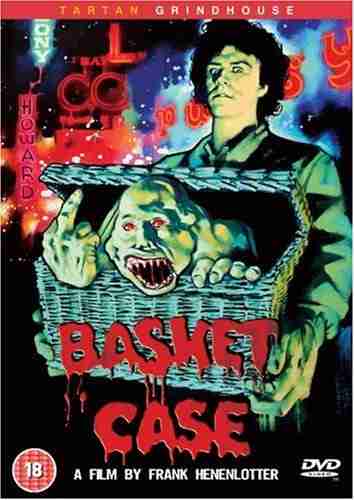 On the review aggregator website Rotten Tomatoes, Basket Case holds a 77% approval rating based on 26 critic reviews, with an average rating of 6.53/10. The consensus reads: “While Basket Case definitely delivers all the gonzo gore promised by its cracked premise, it’s really set apart by its rich vein of genuine pathos.”[8]

Variety called it “an ultra-cheap monster film” with fine acting but criticized the blowup from 16 mm.[9] David Harley of Bloody Disgusting wrote that “it’s exactly the kind of movie it sets out to be.”[10] Heather Wixson of Dread Central rated it 3.5/5 stars and called it an “insane masterpiece that lovingly celebrates the sometimes schlocky and sleazy side of cinema”.[11] G. Noel Gross of DVD Talk rated it 5/5 stars and called it “an undeniable, unavoidable and unforgettable clasSICK”.[12] Patrick Naugle of DVD Verdict wrote, “The movie is just pure shock value” but “a heck of a lot of fun.”[13] John Kenneth Muir wrote that it is “a fine, competent low-budget effort that generates thrills and discomfort not only from its tale of symbiotic (and separated) Siamese twins, but from its authentic sense of place. New York City has never felt more delightfully and dangerously squalid.”  Muir goes on to call it “oddly compelling, deeply disturbing and inexplicably touching”.[14]

Rex Reed‘s quotation (“This is the sickest movie ever made!”) used in promotion was not from any printed review. Reed had sought out the film after hearing negative reviews and was asked his opinion after emerging from the cinema. Unknown to Reed, the person who asked him was director Frank Henenlotter. Initially furious that his comment was used to promote the film, Reed eventually relented and granted permission.[15]

Five great shows, including R.J. Downes' Two Actresses starring alumnus Anne Harper (Without Whom at the 2008 Fringe of Toronto Festival and Hamilton Fringe Festival).  Check out the New Ideas Festival page for all the details! read more

3 performances only! Battle of the Warsaw Ghetto is at the Eastminster United Church, 310 Danforth Ave, Friday November 9 and Saturday November 10 at 8 pm and Sunday November 11 at 12:30 pm. Directed by Sam Rosenthal and... read more

WEDNESDAY, MARCH 7th - 7pm until 1am at the EXTENSION ROOM, Toronto. Make no mistake, this event is a PARTY. As Spring emerges, come out to Toronto’s hottest, hippest most happening night. There will be plenty of food, beverages, entertainment and grooving tunes spun by... read more 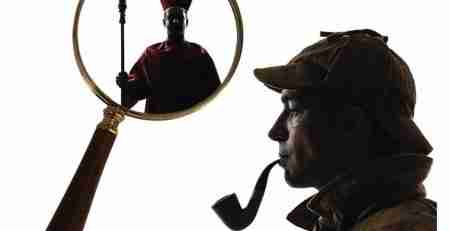 The sudden death of a prominent cardinal at the hands of an unlikely murderer brings the Great Detective into this intriguing, shocking and dangerous case. With nothing short of the fate of Europe hanging in the balance, Sherlock Holmes must once again face is... read more