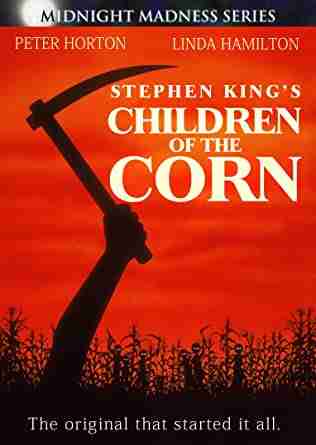 Children of the Corn (advertised as Stephen King’s Children of the Corn) is a 1984 American supernatural folk horror film based upon Stephen King’s 1977 short story of the same name. Directed by Fritz Kiersch, the film’s cast consists of Peter Horton, Linda Hamilton, John Franklin, Courtney Gains, Robby Kiger, Anne Marie McEvoy, Julie Maddalena, and R. G. Armstrong. Set in the fictitious rural town of Gatlin, Nebraska, the film tells the story of a malevolent entity referred to as “He Who Walks Behind the Rows” which entices the town’s children to ritually murder all the town’s adults, and a couple driving across the country, to ensure a successful corn harvest.

King wrote the original draft of the screenplay, which focused more on the characters of Burt and Vicky and depicted more history on the uprising of the children in Gatlin. This script was disregarded in favor of George Goldsmith’s screenplay, which featured more violence and a more conventional narrative structure. Filming took place mainly in Iowa, but also in California. It spawned a franchise of films, and it has gained a cult following.[citation needed] 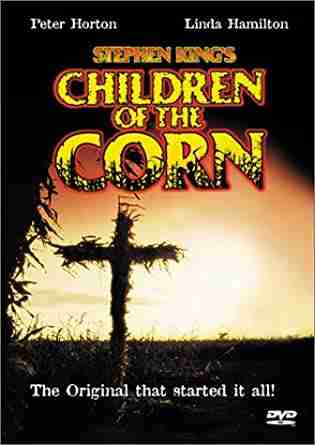 Tidbits of trivia, goofs and other nonsense...

The electricity is off in Gatlin, but during the dusk chase scenes through the center of town, we can see the bank’s ATM glowing reassuringly.

You may remember such pop culture references as: 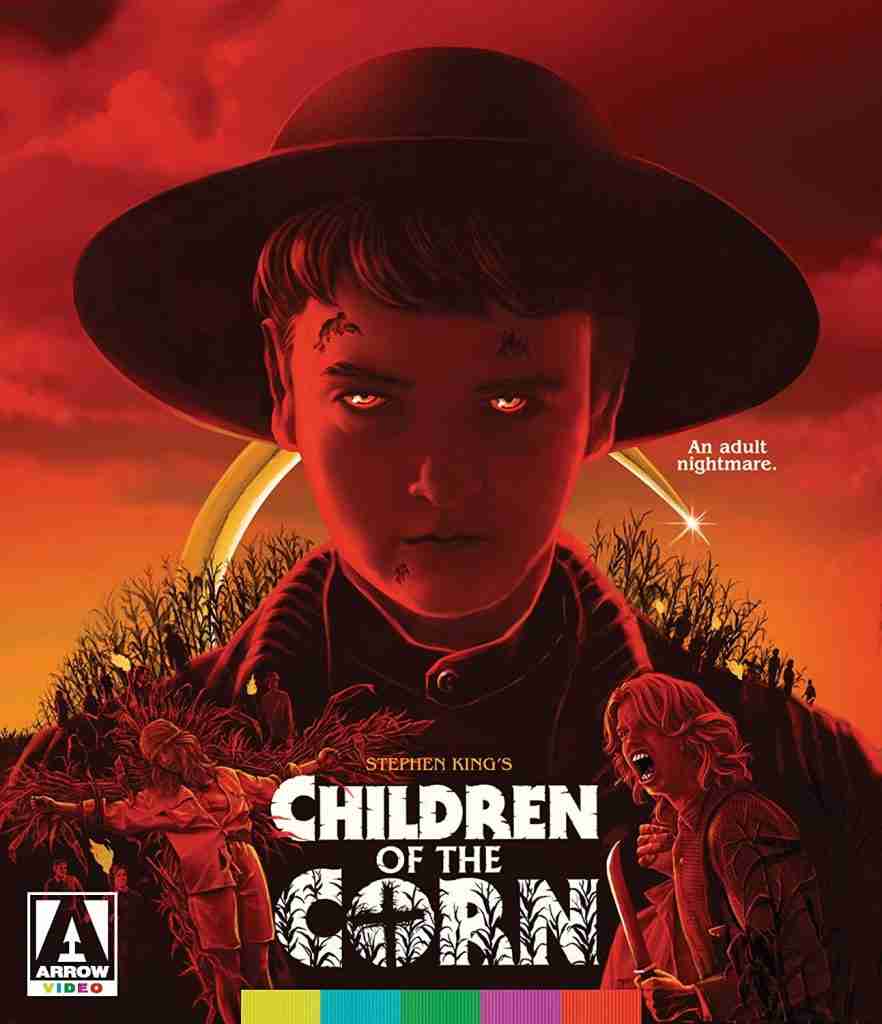 Remake and Prequel...and oh, so many sequels...

In June 2008, it was confirmed that Donald P. Borchers would begin writing and directing a TV remake of the first film, which would premiere on the Syfy channel. Production began in August, filming in Davenport, Iowa;[10] however, it was later moved to Lost Nation, Iowa.[11]

The cast included David Anders, Kandyse McClure, Preston Bailey, Daniel Newman and Alexa Nikolas. The movie aired on September 26, 2009, and the DVD was released on October 6, 2009, by Anchor Bay.[12] The television remake closely follows the original storyline present in the short story, and not that of the original film.[citation needed]

Another remake was confirmed in 2020, this time was directed by Kurt Wimmer and produced by Lucas Foster and was filmed in Australia, during the COVID-19 pandemic.[13] It is also reported that the new film is not a remake, but instead served as a prequel to the 1984 film.[14] The film was released on October 23, 2020.[15] 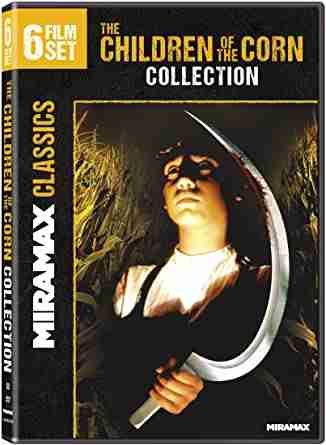 Regan’s got an Author Profile on Alfie Dog Ltd.

Check out this great review of "Tightrope" from the Toronto Sun... Also, another good review at http://www.twisitheatreblog.com/ read more

Kevin Risk to perform in the SummerWorks Festival

Now you can license and produce “The Aquarium” through licenseaplay.weebly.com

Would you like to license and produce one of our plays?  Right now, we have The Aquarium (by Allison McWood and Regan W. H. Macaulay) available.  Click HERE to go to our new licensing site to get a quote!  To purchase copies of the... read more

Last Dance... was a great show and a great deal of fun for everyone involved.  Thanks to everyone who helped us out and to all who came out to see the show! ...is this truly the end of our adventures with The Dark Cloaked Avenger? ... read more

The blog/site Books of the Dead Press have posted about our published script - Space Zombies:  13 Months of Brain-Spinning Mayhem! Buy your copy on lulu.com! read more