“Crime and Etiquette” and “They Suck” paperback scripts now for sale!

“Crime and Etiquette” and “They Suck” paperback scripts now for sale! 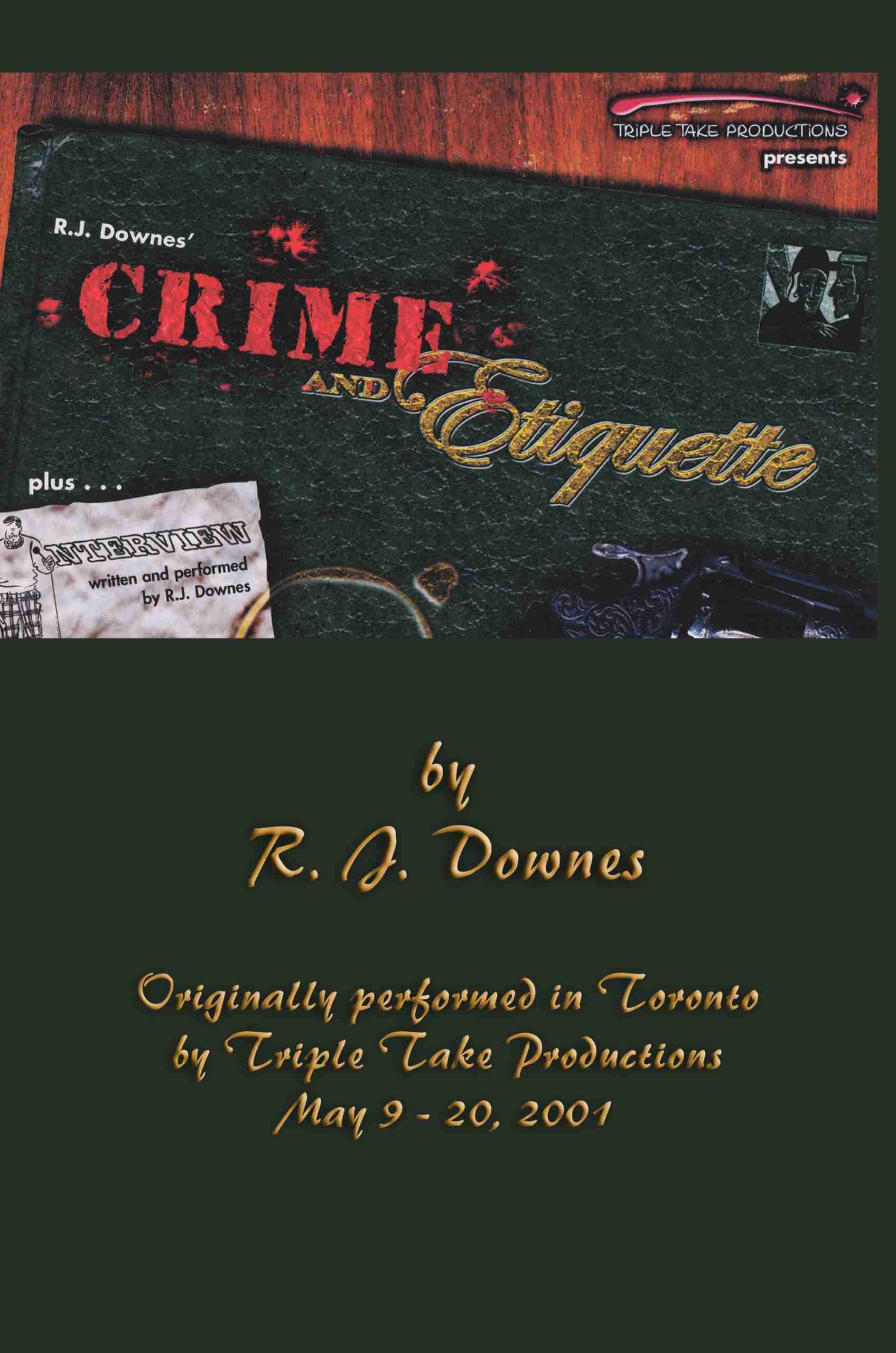 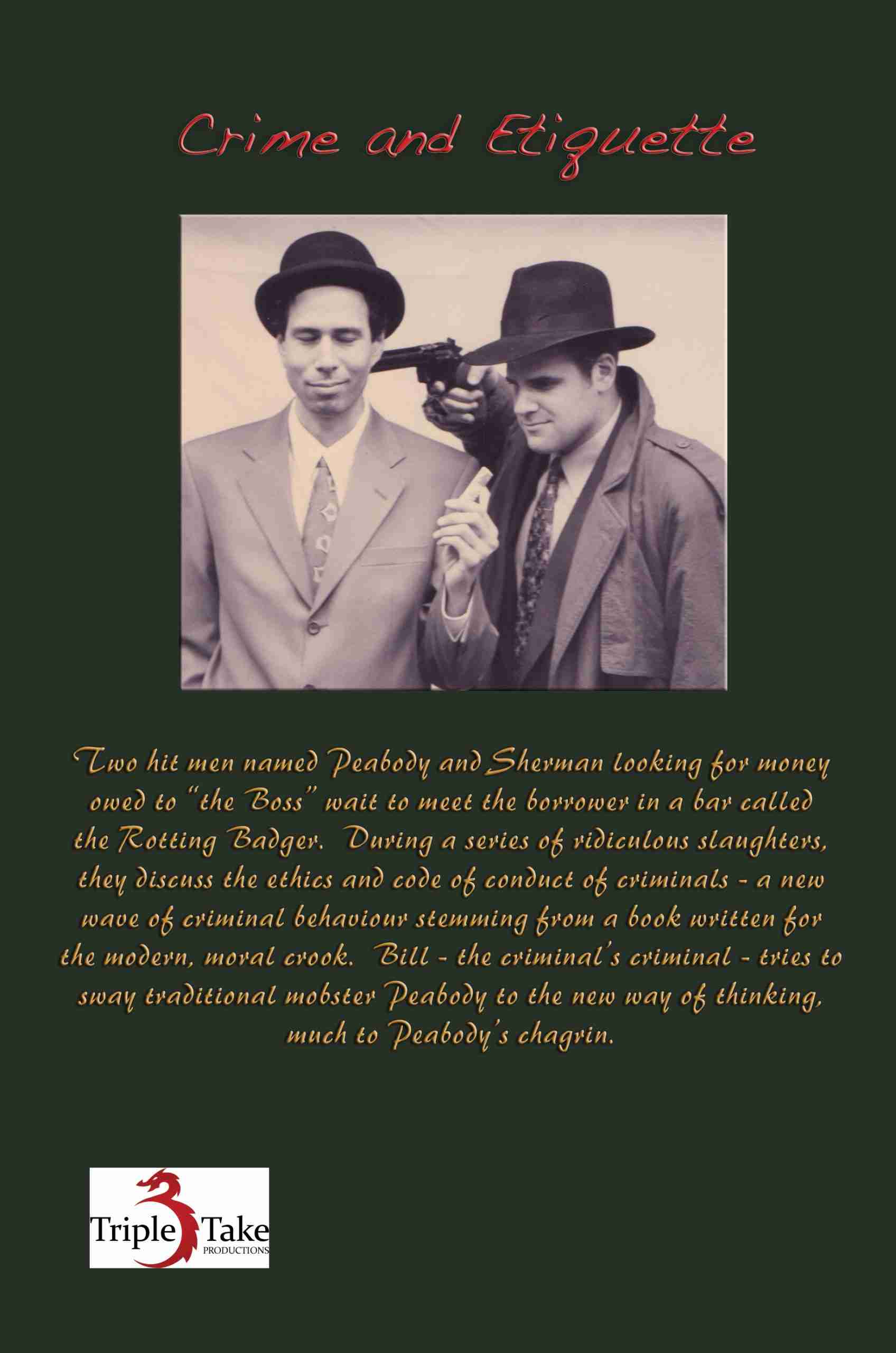 Two new paperback scripts are available from Triple Take Productions! Purchase your copy(ies) at a discounted rate from now until the new year!

Synopsis: Two hit men named Peabody and Sherman looking for money owed to “The Boss” wait to meet the borrower in a bar called the Rotting Badger. During a series of ridiculous slaughters, they discuss the ethics and code of conduct of criminals – a new wave of criminal behavior stemming from a book written for the modern, moral crook. Bill – the criminal’s criminal – tries to sway traditional mobster Peabody to the new way of thinking, much to Peabody’s chagrin.

They Suck (a feature film script in paperback—not available for production but looking for an eventual co-producer—and a warning for those of you not familiar with the script, there’s some seriously mature, but funny, content…not a script for kids!) by Kevin Risk and Regan T. M. Pazuzu…

Synopsis: It is a dark, dank, odorous evening – a storm rages outside a gloomy Gothic mansion. Inside, a man much like Vincent Price (without the cuddly demeanor) sits in a large leather swivel chair, smoking a pewter crack pipe. He is our host, Vincent Von Suckles, and under his guidance the gruesome tale unfolds.  A mutated vampire with extraordinary and extremely unnatural thirsts rises from his grave. One of his victims is a tidy, obsessive-compulsive named Nicole Ridley, who is later found “dying” by her enraptured, animal-loving fiancé, Robert Spavor. Sadly, not understanding the nature of the attack on his girlfriend, Robert and his animals struggle in vain to save her. A broken man, he stumbles off to a bar intending to drown his overwhelming sorrows. Meanwhile, the city is being terrorized by the wantonly vicious attacks of the newly-born vampire Nicole. Her lurid escapades soon attract the attention of the Head Vampire himself. And it is not long before this same lusty, disgusting behaviour is drawn to the attention of her ex-lover, who then realizes the intense gravity of the situation.  Will Robert’s love for Nicole triumph over death? He will make it so, or die trying! He enlists the help of his troubled, childish friend Terry and together they wage a war against these new grotesque vampire mutations that culminates in the silliest, most vulgar, blood-stained, gory epic battle ever created!

The first reading of this script was performed September 29th, 2002 at Hart House, University of Toronto. The second reading was performed in February of 2003, also at Hart House. The third reading performed at the LIFT OUTLOUD script-reading series in May 2005. Honourable Mention Award (22nd of 100) for the 73rd Annual Writer’s Digest Writing Competition for the script and Honourable Mention on “The Bastards Have Landed” (Peter Jackson’s Official Fan Site) for a short film version of the script. 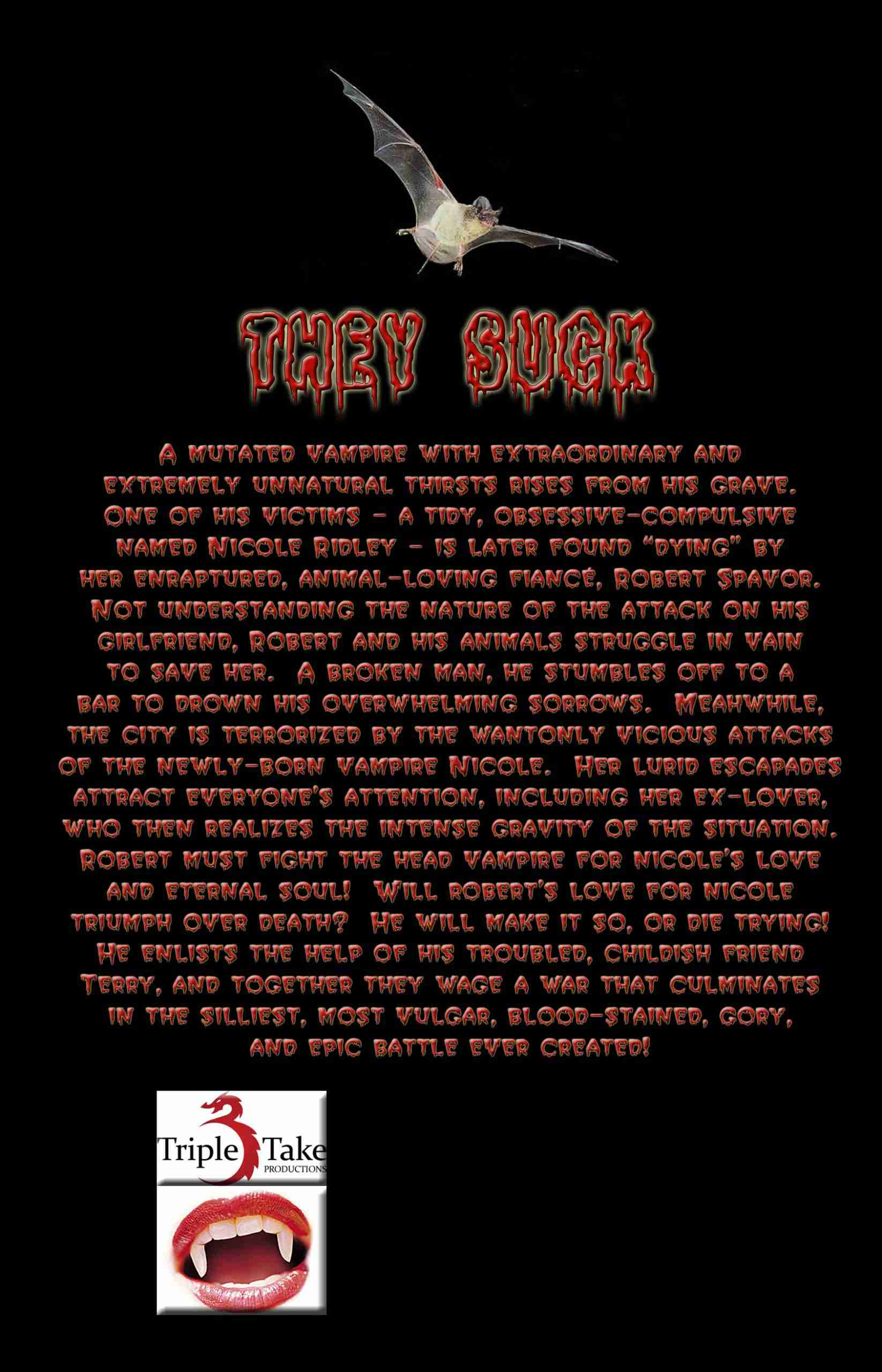