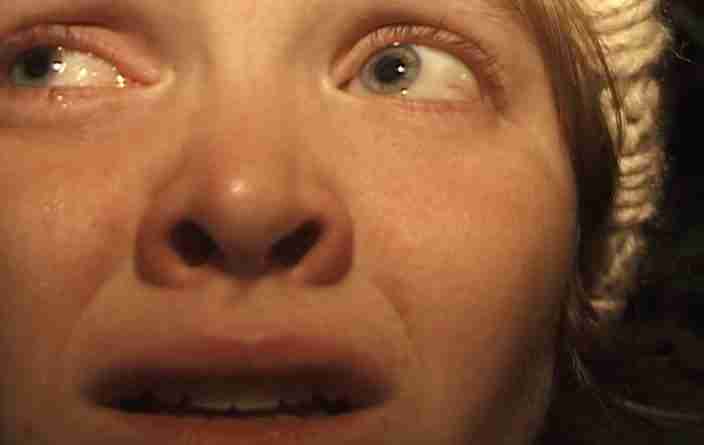 Ye Olde Scribe here. You might remember me from my rave review of the super fantabulous SPACE ZOMBIES: 13 MONTHS OF BRAIN SPINNING MAYHEM! DVD. Today, I come to you with my tail between my legs, head hung with shame over the realisation that my review omitted one of the cooler extra’s contained on that disc; THE SCARY BITCH PROJECT.
On September 11th, 1999
3 student filmmakers disappeared into the woods
Outside of Fergus, Ontario
Their footage was found
2 hours later by a beautiful woman in a tank top…

So begins a found footage film about a woman who lives in a nearby woods that the townsfolk all refer to as,”The Scary Bitch”, who tortures local children by forcing them to eat broccoli and Brussels sprouts,”without even cheese on them or nothing”, while she gleefully scarfs down cookies right in front of their anguished faces, according to shocking eyewitness reports. Kimmie, Rob and Jeff, an intrepid band of would be investigative journalists, created this document of their journey into The SB’s domain and that, dear reader and, hopefully, future viewer, is what this is.

THE BLAIR WITCH PROJECT was a cultural phenomenon that divided critics and audiences alike, as it was ultimately proven to be a hoax. However, unlike TBWP, I seriously doubt that anybody will ever be able to question the authenticity of THE SCARY BITCH PROJECT. After all, the existence of witches will almost always be up for debate, but don’t we all know at least one scary bitch? To quote Ed Wood, Jr.,”Can you prove that it didn’t happen?”! Buy SPACE ZOMBIES: 13 MONTHS OF BRAIN SPINNING MAYHEM! and draw your own conclusions.
— Dave Battams, Reviewer for Eyesore Cinema 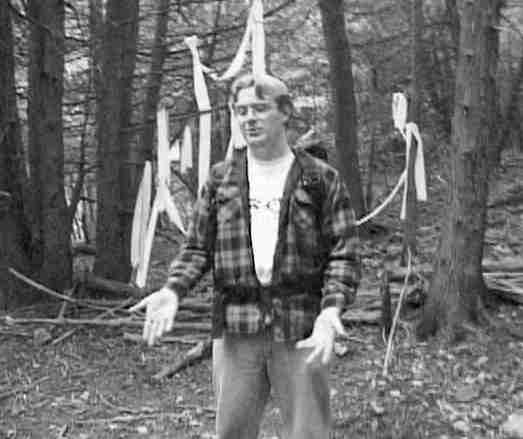 Find "The Scary Bitch Project" in the TTP shop!