Regan Macaulay2021-10-21T10:57:31-04:00
By Regan Macaulay Uncategorized, What's New Comments Off on Day 2 of my 13 Horrifically Silly Days of Halloween with my guest author and publisher Justine Alley Dowsett…on VIDEO this time! 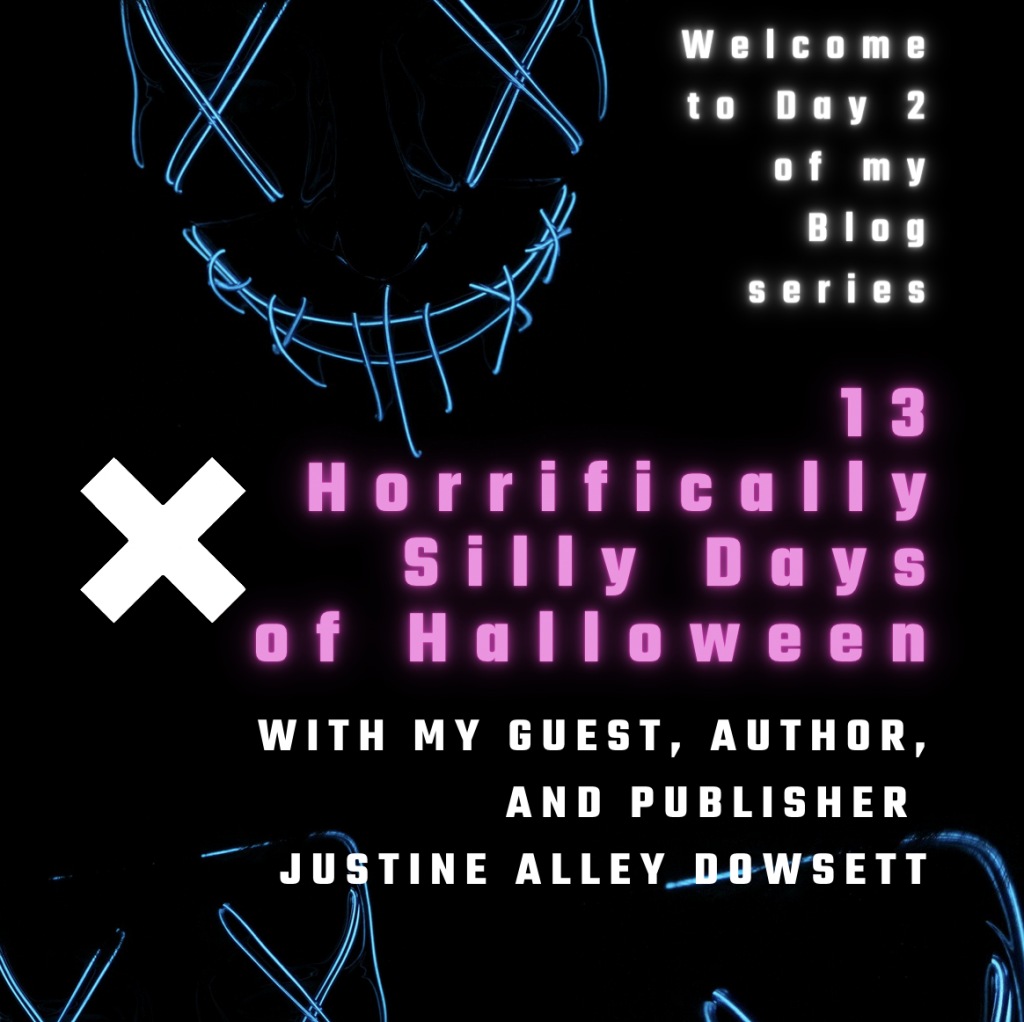 It is Day 2 of the 13 Horrifically Silly Days goodness, and today I have as my guest author and publisher Justine Alley Dowsett, who was actually my guest in a written interview on Day 2 of my 13 Days blog series back in 2019! This time, we chat on video about her latest genre book projects – including one with a dash of horror content! And as always, we also talk horror and B-movies! Check it out:

These are the movies and novels we discussed...