Regan Macaulay2022-10-21T23:27:03-04:00
By Regan Macaulay Uncategorized Comments Off on Day 4 of my 13 Horrifically Silly Days of Halloween…David J. Fernandes, director and producer 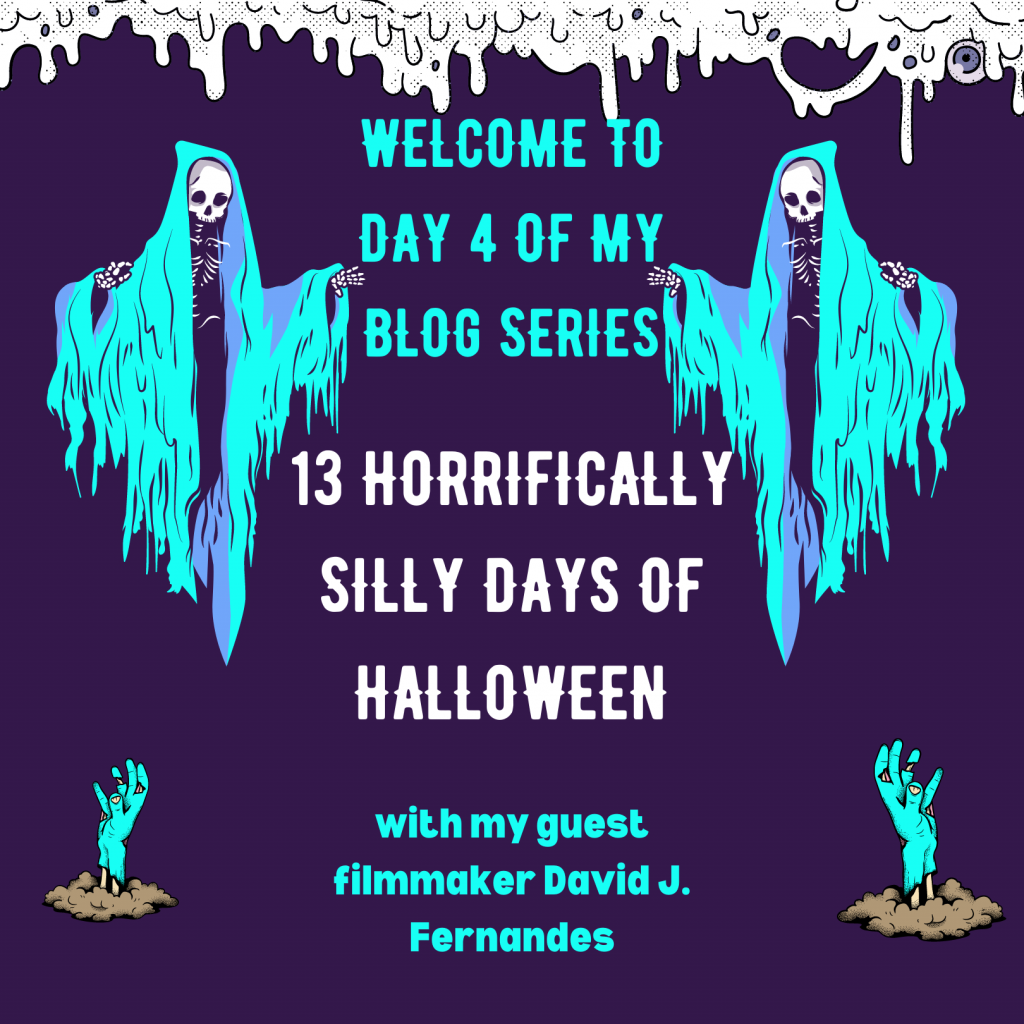 Welcome, welcome to my first filmmaker guest for the 2022 13 Days, David Fernandes. He’s a Hamilton filmmaker at that! Check out our interview in the video below:

The Space Zombies: 13 Months of Brain-Spinning Mayhem! DVD includes the hilarious horror-comedy short The Scary Bitch Project as one of it's MANY special features

You can also check out the 13 Days Space Zombies 13th Anniversary Special, parts 1

And here are links to David's films, and some of the great horror things we chatted about: