UPDATE! The Blood in the Snow Super Channel Line-up has been announced!

The on-air portion of the festival features six harrowing horror films and a variety of bone-chilling shorts for fans across the country to enjoy nightly on Super Channel Fuse from November 21 – 26, including the World Premiere of The Devil Comes at Night from writer/director Scott Leaver.

Super Channel is available via most television providers across the country as well as streaming on Amazon Prime Video Channels and Apple TV+. Click here to subscribe.

12 am ET / 9 pm PT – Mournful Mediums (88 mins) – Not too short, not too long! A short film program of the best in Canadian medium length shorts.

12 am ET / 9 pm PT – Residents of Arcadia (dir. Dom Cutrupi) 83 mins
Steve and Anika are two social media influencers and entrepreneurs, living an accomplished and ideal life. One night, a man breaks into their backyard, disrupting the peaceful life they had created. The ensuing fear culminates with the appearance of a mysterious countdown on screens and mirrors throughout their home. As the countdown approaches zero, it reveals the true nature of what is hiding behind their perfect lives.

Strange murderous creatures roam the streets. A group of neighbors are trapped inside a house. Leaving means certain death. How will they survive when someone inside the house starts killing the others? Trapped between a monster inside and monsters outside. Who is going to save you when the world has Shifted?

A washed-up boxer searching for his inheritance must fight for his life when he is trapped in his deceased father’s farmhouse by a local cannibal cult.

Trapped in an underground facility, five scientists wake from cryogenic sleep with no memory of who they are or how long they’ve been asleep. They soon make a shocking realization – a killer is hunting them down and may even be hiding among them.

12 am ET / 9 pm PT – Follow Her (dir. Sylvia Caminer) 94 mins
Jess Peters, a struggling actress and live streamer, has finally found her hook: secretly filming creepy interactions she encounters via online job listings, and using the kinks of others to fuel her streaming success. For her next episode, she’s been hired to write the ending of a screenplay in a remote, lavish cabin. Once there, the alluring self-proclaimed screenwriter hands her a script in which the two of them are the main characters. This client isn’t what he seems, and even though the money is great… the real payment here could cost her life.

The Blood in the Snow Canadian Film Festival in-person line-up is finally here! Check back after Thursday the 27th for the Super Channel line-up... 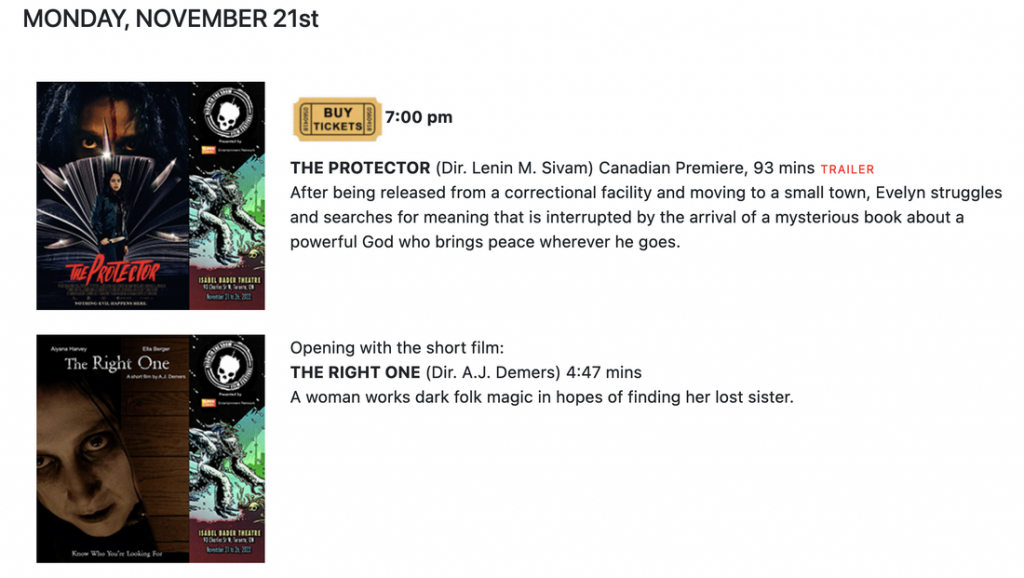 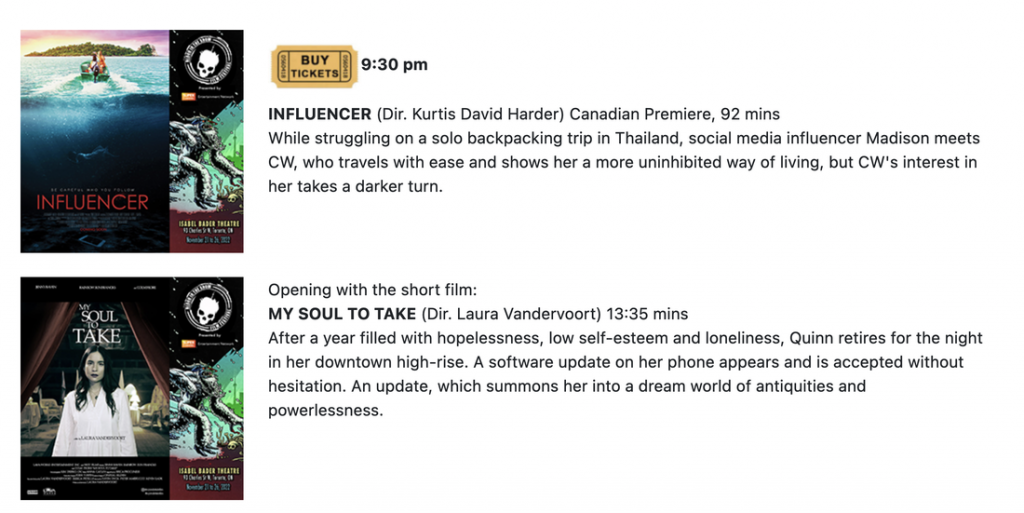 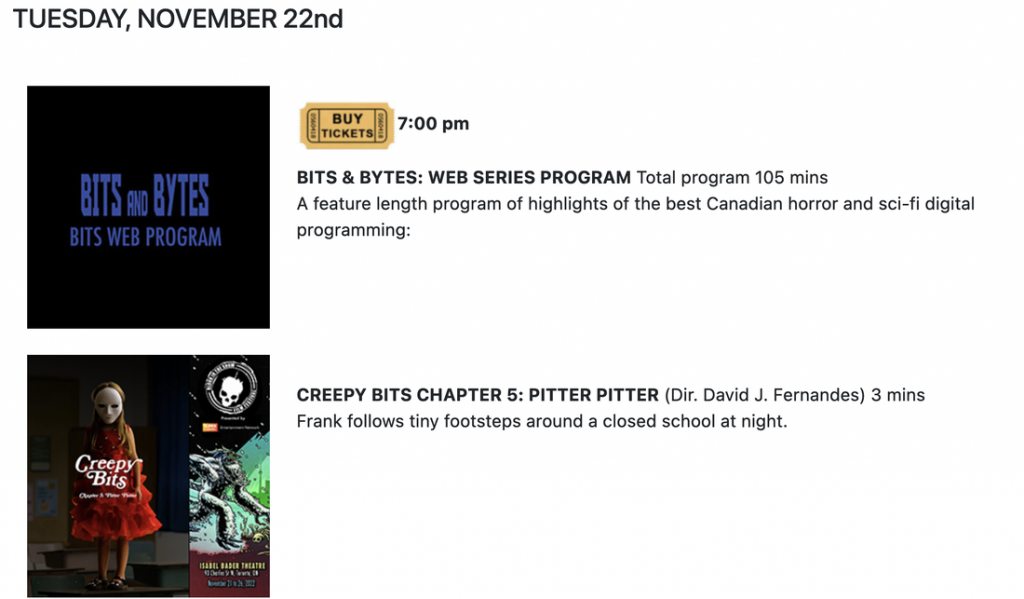 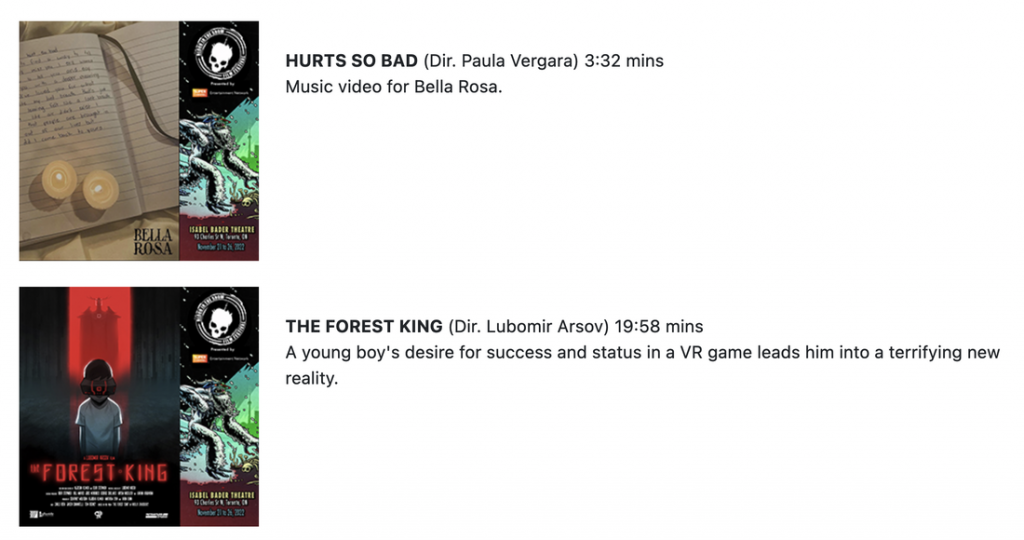 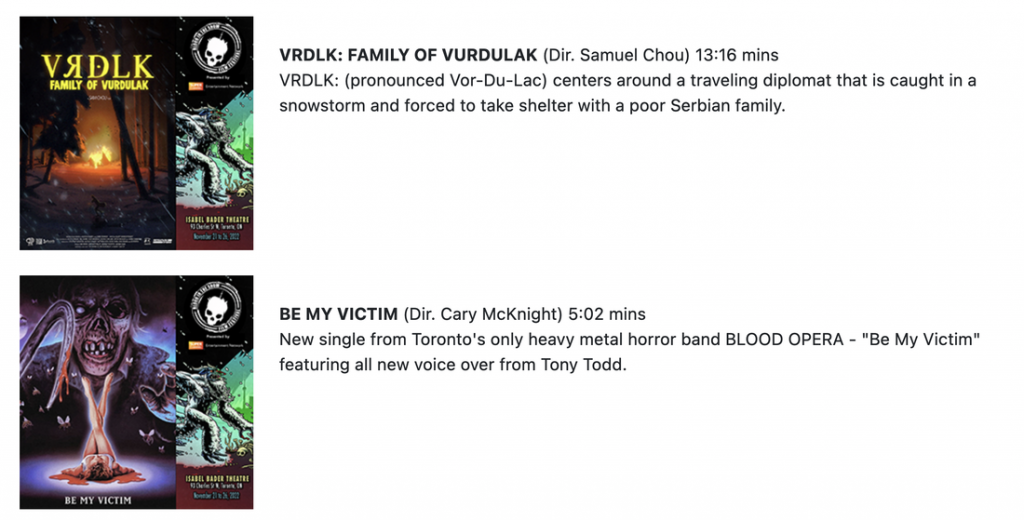 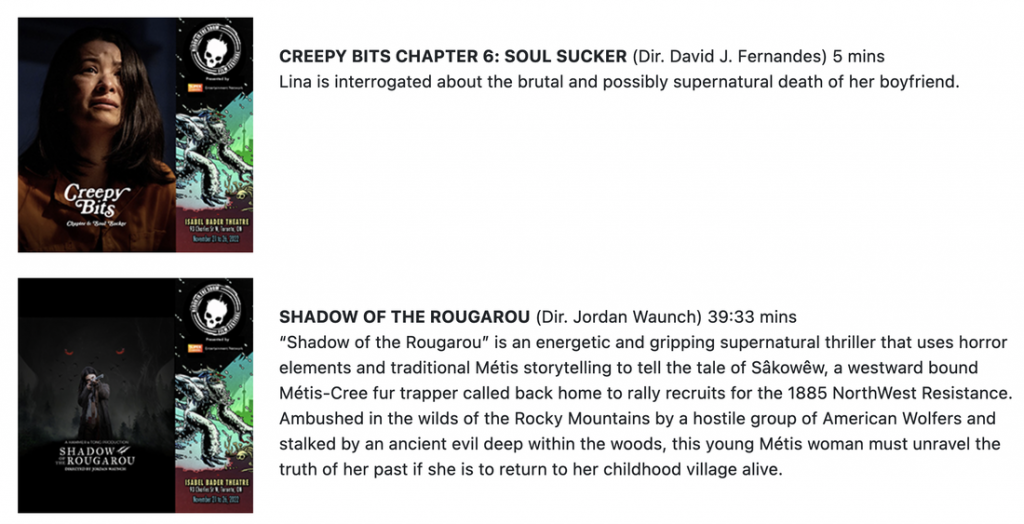 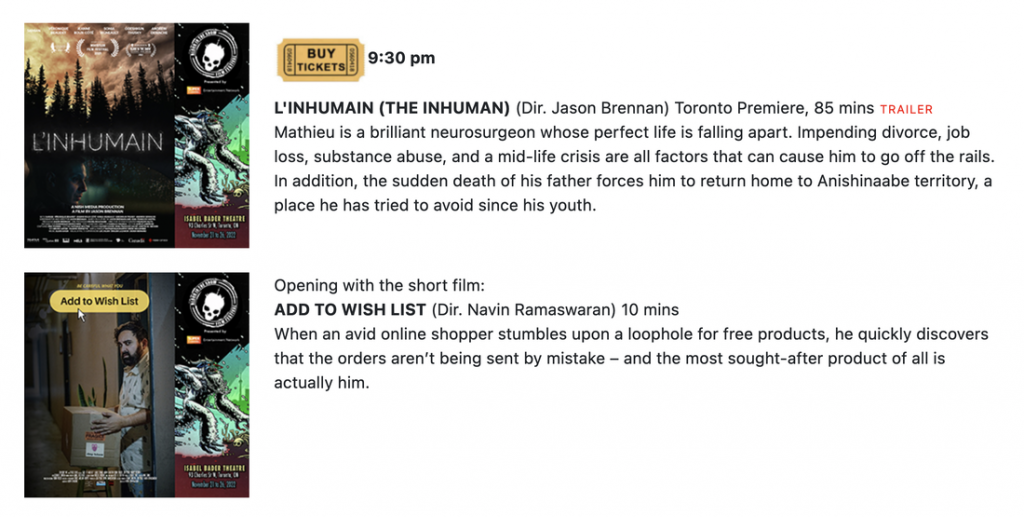 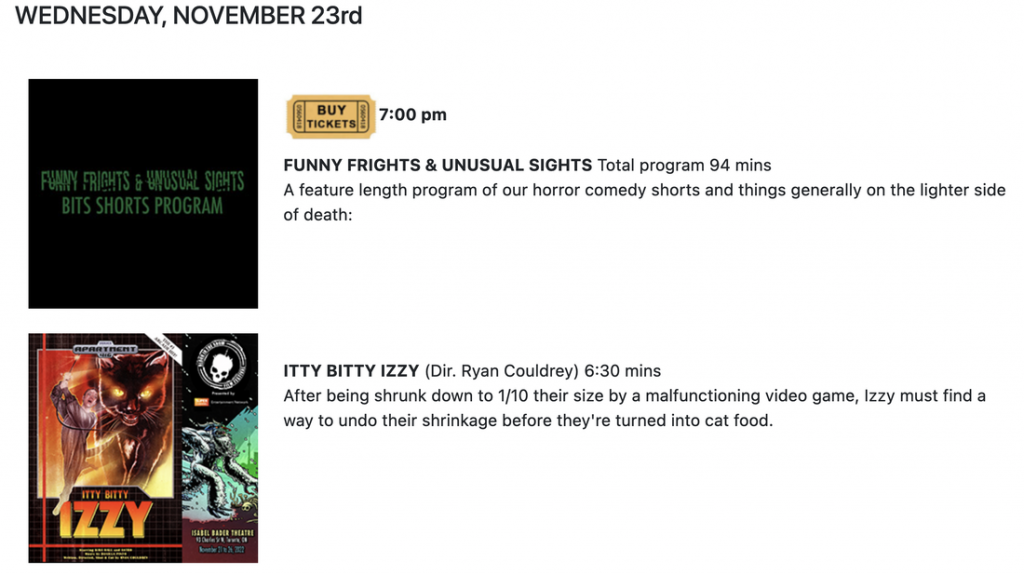 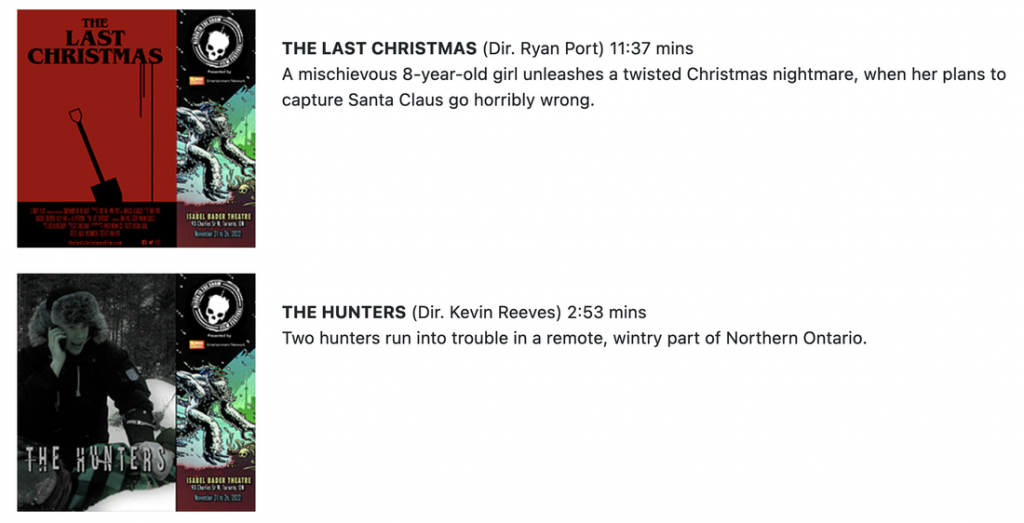 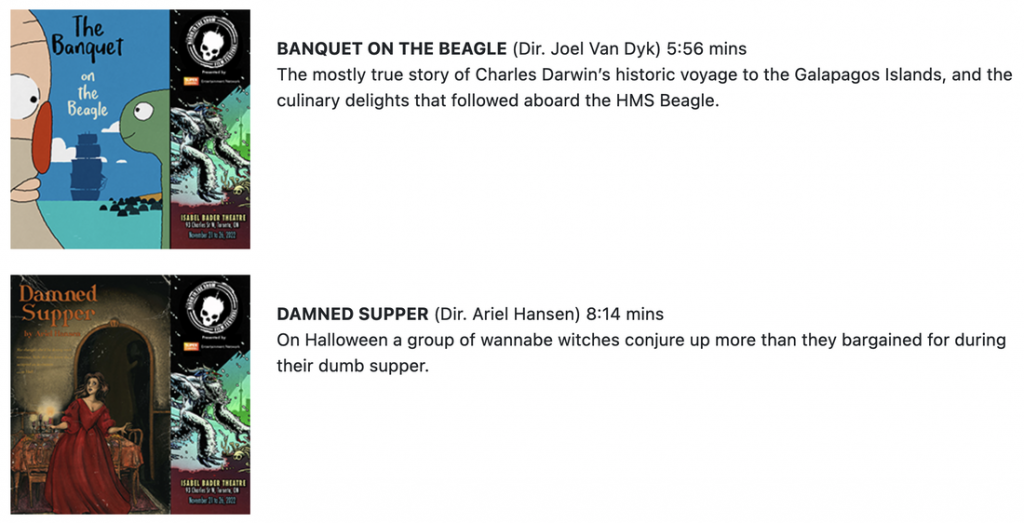 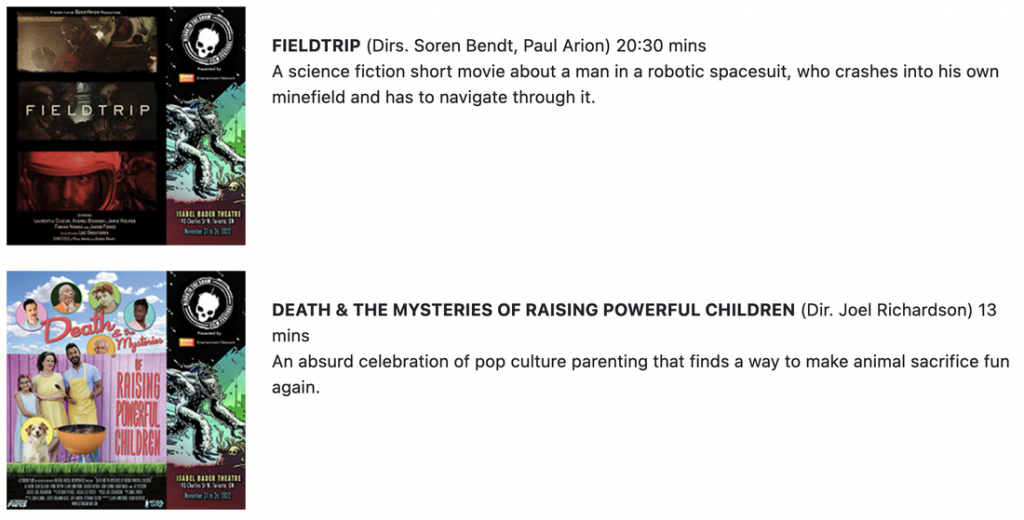 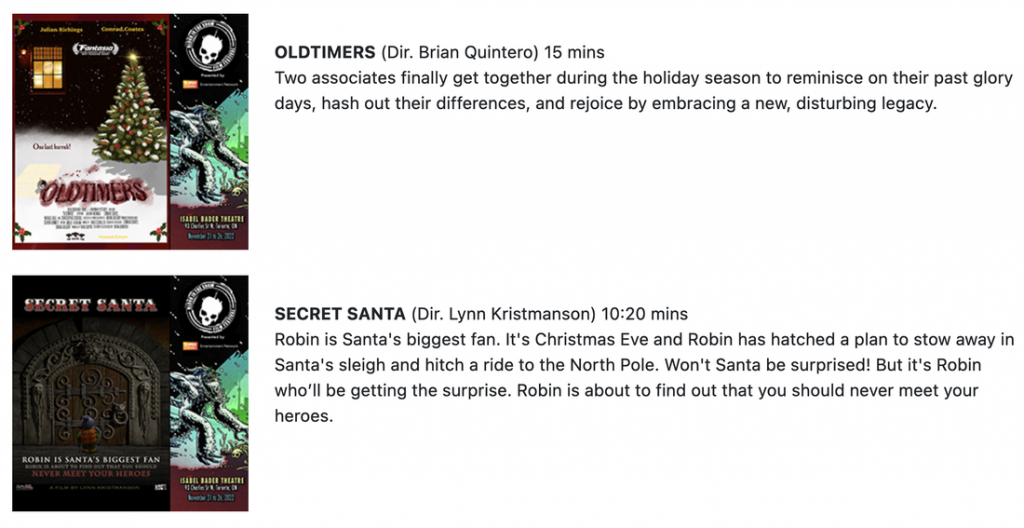 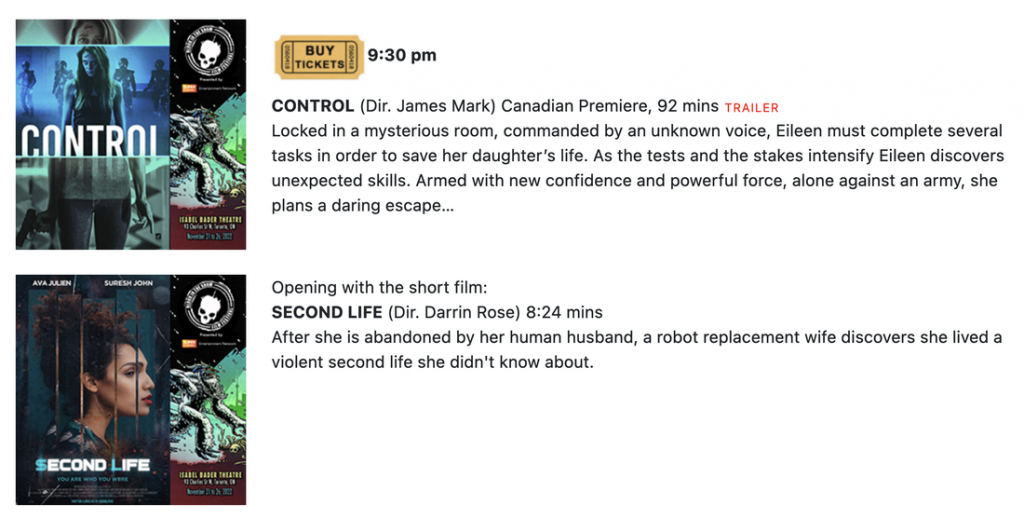 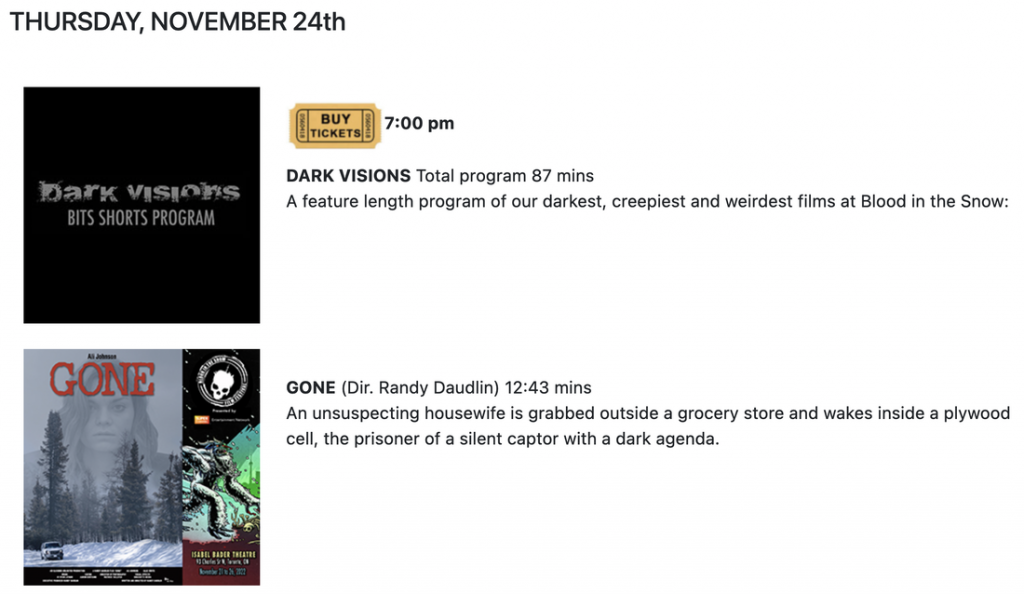 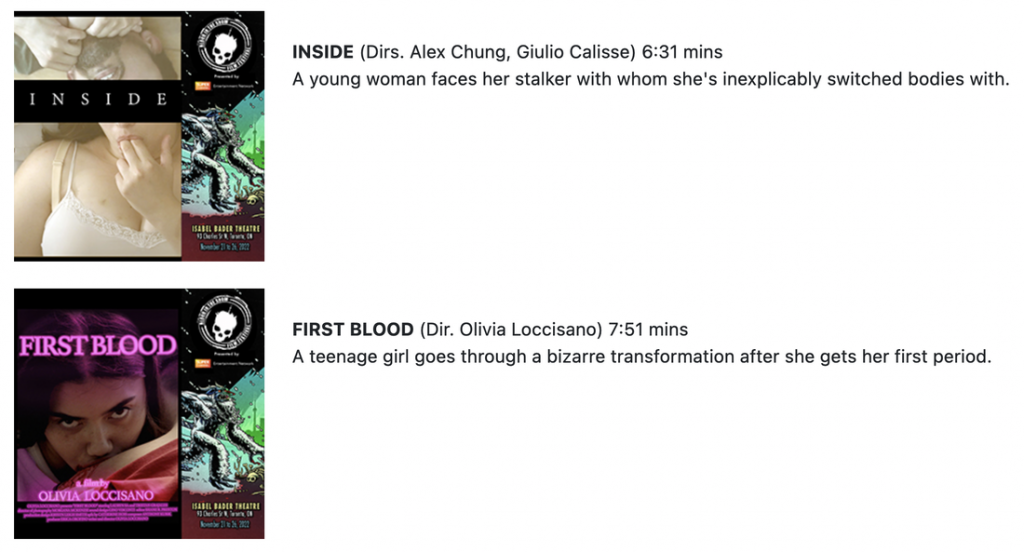 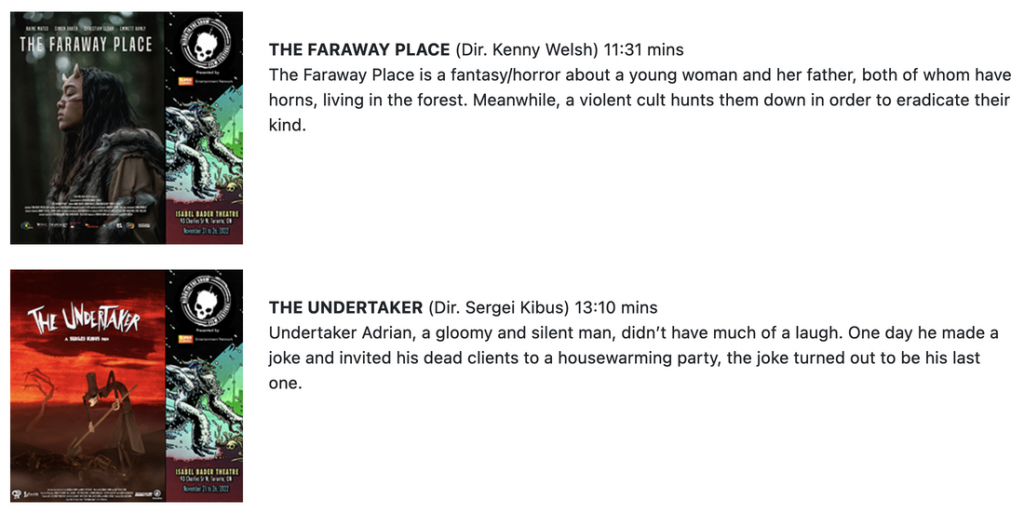 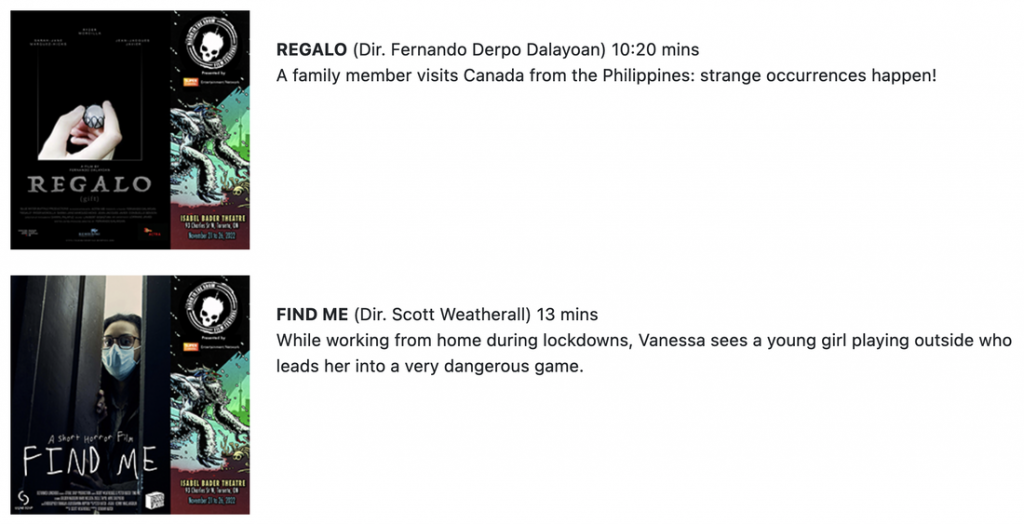 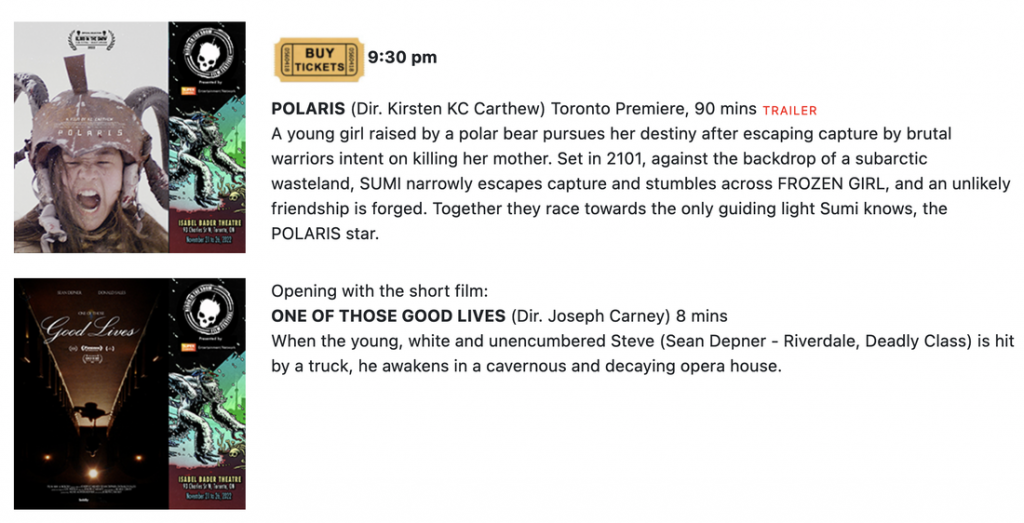 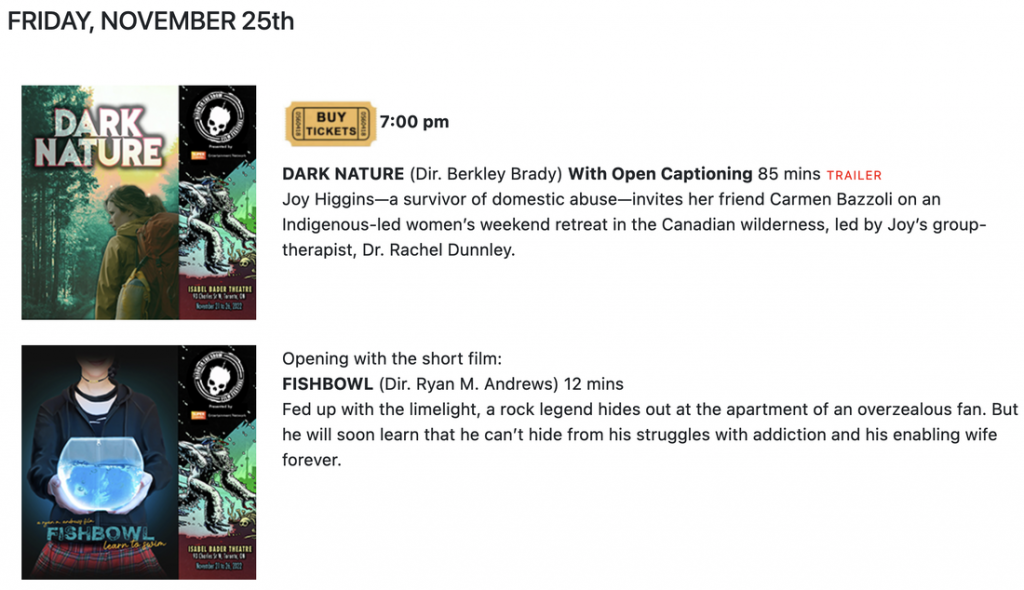 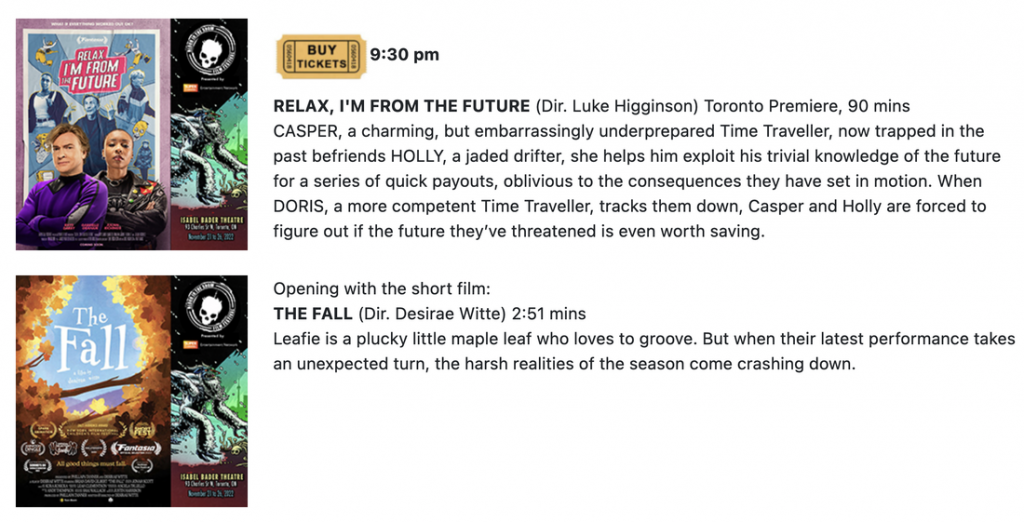 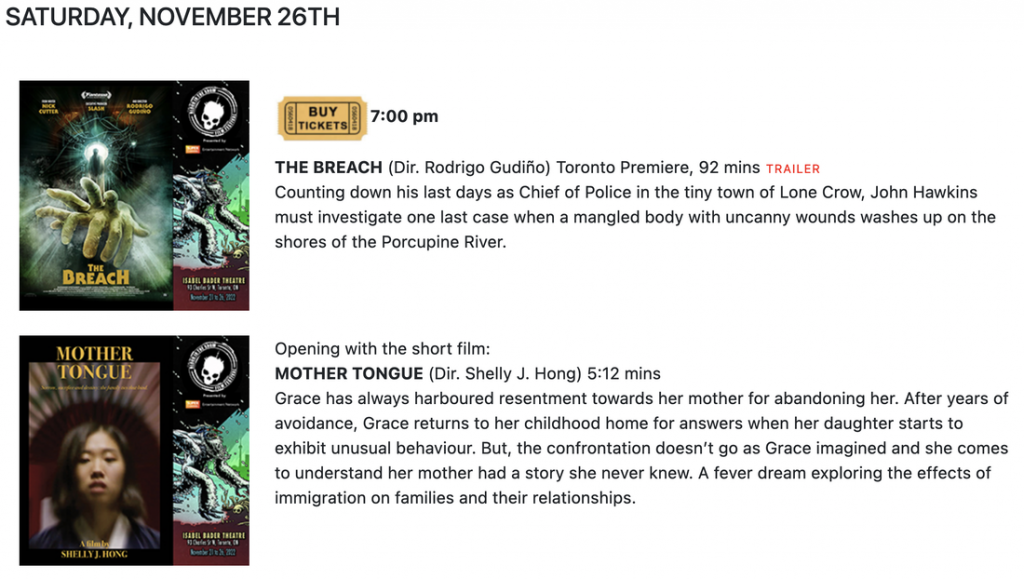 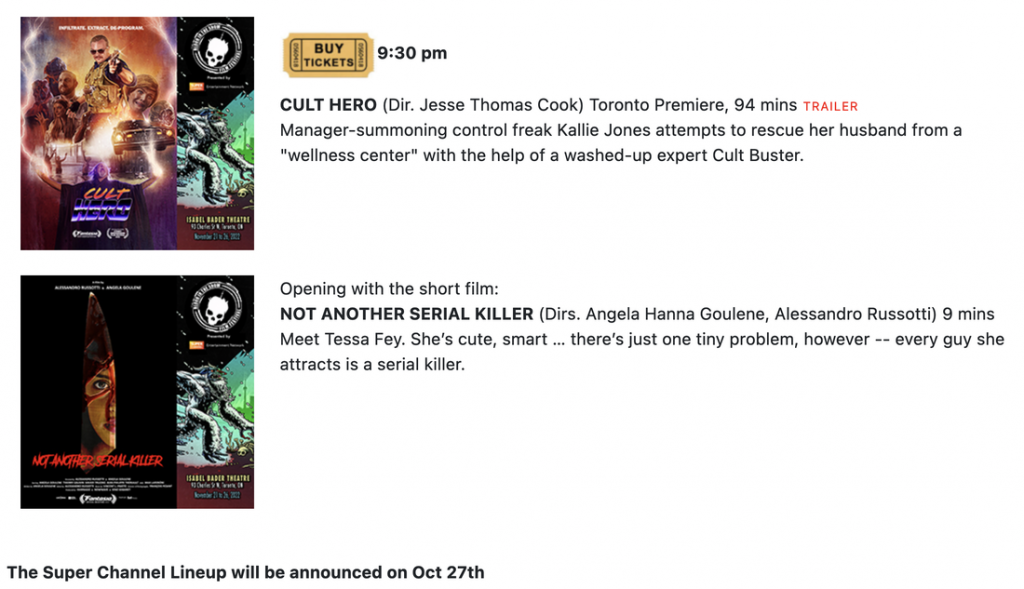 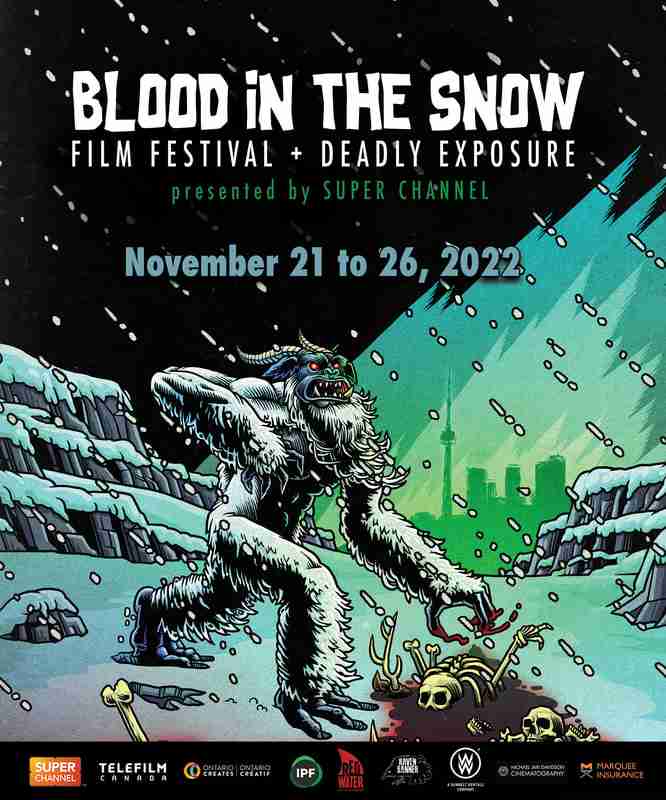