Feelin’ the love in “The Aquarium”

Feelin’ the love in “The Aquarium”

Recommended by Robert Crew at The Toronto Star!

“The Aquarium”…coming soon to the 2010 Toronto Fringe!

WEDNESDAY, MARCH 7th - 7pm until 1am at the EXTENSION ROOM, Toronto. Make no mistake, this event is a PARTY. As Spring emerges, come out to Toronto’s hottest, hippest most happening night. There will be plenty of food, beverages, entertainment and grooving tunes spun by... read more

Trevor, who played the rampaging "giant toad-beast" in Space Zombies:  13 Months of Brain-Spinning Mayhem!, has been with us for about 10 years now!  To celebrate, we're giving you a discount on the Space Zombies script, available through lulu.com.  Buy your digest-sized, bound, and... read more 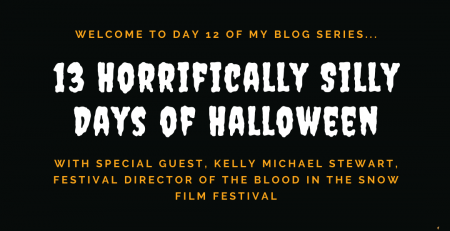 Have you seen Day 12 of Regan’s 13 Horrifically Silly Days, in which she interviews Kelly Michael Stewart, director of the Blood in the Snow Film Festival, as well as some of the filmmakers? No? You must — check it out NOW! read more

The first two episodes of our original Dark Cloaked Avenger podcasts, "Slither of the Snake", are back up.  Working on getting the final episode back up as well.  R.J. Downes has also delivered a new script to us and we hope to start producing... read more