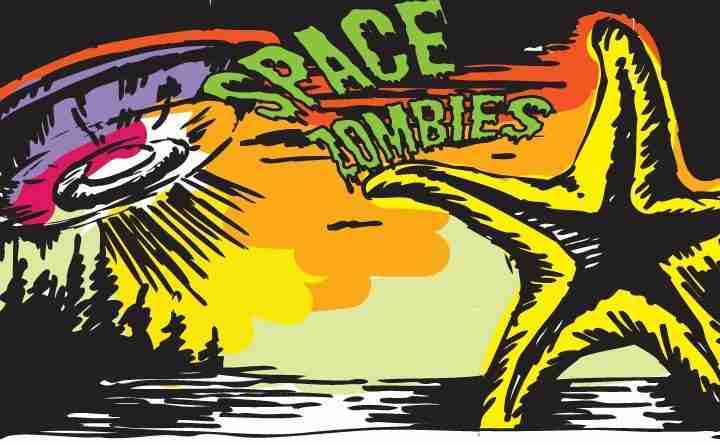 Regan Macaulay2016-10-20T00:00:00-04:00
By Regan Macaulay Uncategorized Comments Off on Hallowe’en Projects…Part 2
The next project in my varied Halloween reveries:  Space Zombies: 13 Months of Brain-Spinning Mayhem!  Our first (and, at the moment, only) feature film had morphed out of one short film (Space Zombies:  Terror From the Sky!), then three short films combined together (including Space Zombies II:  Monsters Unleashed, Unabridged, and Unplugged! and Space Zombies III:  The Duel-Headed Cat Freak!)…basically we got carried away.  😉

During 2002, and prior, Kev and I watched a lot of content on two particular fresh new specialty channels – SCREAM (Corus Entertainment) and Drive-In Classics, as well as the more established SPACE.  We were hooked on watching many, many obscure B-movies and I learned more about an unusual filmmaker:  Edward D. Wood Jr.  Kevin was (and is) a Tim Burton fan as well, so we ended up taking in Burton’s funny and fascinating movie Ed Wood, based on the life and (very bad) films of this singular B-movie filmmaker who lacked all talent for movie making, but he sure as hell did not let that stop him.  We went on to watch the films Ed Wood had made, including Plan 9 From Outer Space, which marked the peak of his career, and Bride of the Monster, which did not.  Wood’s movies, as well as a slew of other so-terrible-they’re-watchable films viewed on the aforementioned specialty channels were the multiple sparks that started a fire that burned out of control to the point where our very silly “B-movie on purpose” was made.

Fittingly, the first short film version of the film (Terror from the Sky!) aired on SCREAM, SPACE, and Drive-In Classics as an interstitial for a couple of years (as did The Scary Bitch Project).  The full feature film ran on SPACE and Drive-In Classics, premiering on January 8th, 2005, and airing periodically until the end of August 2007.  Our film had made a home on the very channels that had inspired it in the first place. 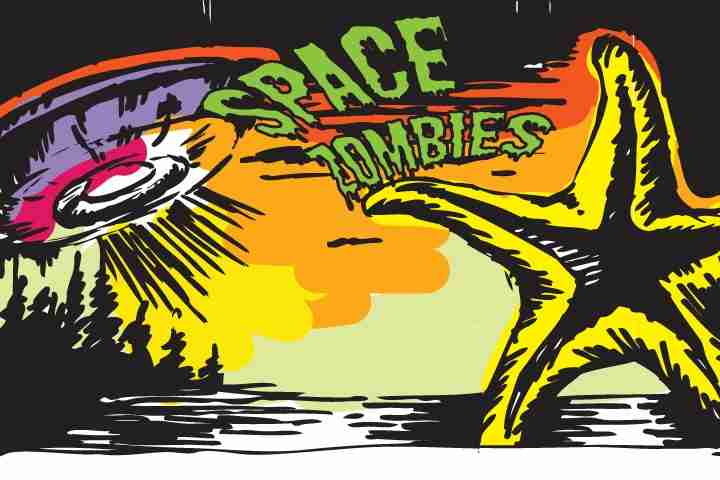 There were many intermittent shoots for Space Zombies that spanned from the end of 2002 all the way to late spring 2004.  We started editing on and off in early 2003, if I remember correctly.  I did the basic editing and shaping of the film.  I also composed the silly synth music via our MIDI keyboard from Radio Shack.  Kevin did the sound editing and design, and he did all the special effects.  You’d think the special effects for a B-movie would be no big deal, but actually, they WERE.  They involved many hours of hard work and tinkering and inventiveness on Kevin’s part, both during production and in post-production.  It’s not like Space Zombies is remotely close to the level of Pacific Rim or anything, but then again, movies like that had dozens to hundreds of people working in various different production and post production functions for their effects…and we had Kevin.  Sometimes I could help in some very minor way.  And that was all.  I am forever in his debt (and don’t think he doesn’t know  it)!  Sound editing and design wasn’t a lot easier…Kev did his own Foley work and often had to combine sound effects he had recorded (or had the rights) to in order to make unique sounds.  Thankfully, there was not much ADR to do (automated dialogue replacement – dubbing in lines, basically). 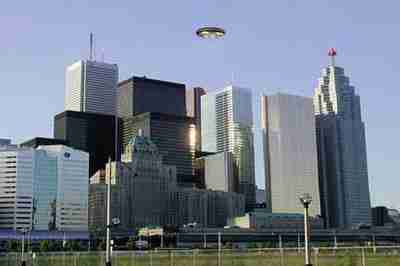 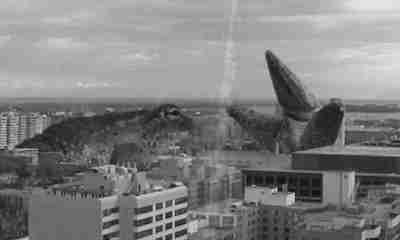 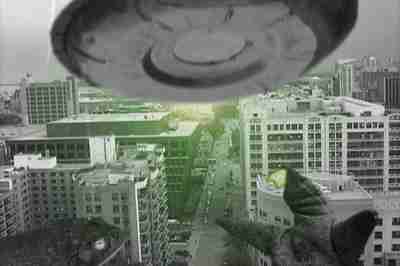 So many memories from all these shoots, all the cast and crew involved (small in number though they may be when compared to the Lord of the Rings trilogy), and all the post work!  Pink (instead of green) screens with element pans on fishing lines strung in front, or a toad strutting about (the late Trevor Risk, amphibian star), or a woman wearing antennae, shaking her fist in fury.  Cooking pig’s brains so they would maintain their form for the scene where a young mourner was attacked in a graveyard.  This character was played by Sandra Krstin, who at the time was a vegetarian and had to wear some of these brains in her hair as she lay sprawled on the snow-covered ground.  We added oregano to these cooked brains to make sure they smelled nice, at least.  So nice that apparently, Zombie Lord (Conor McCreery) did not mind nibbling them on camera for one shot.  I also remember that the tombstones in that scene were made from Styrofoam, and that they wavered in the breeze ever so gently, just like the gravestones in Plan 9 From Outer Space had done. 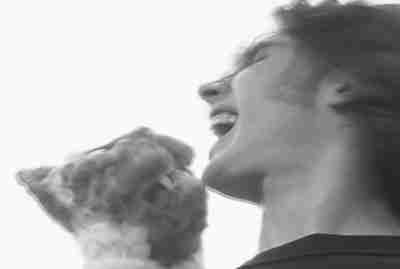 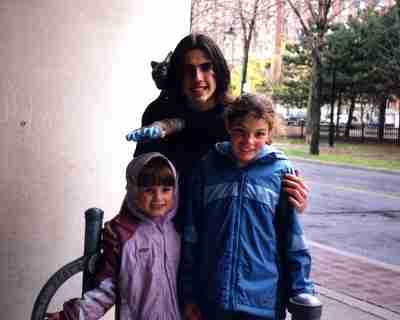 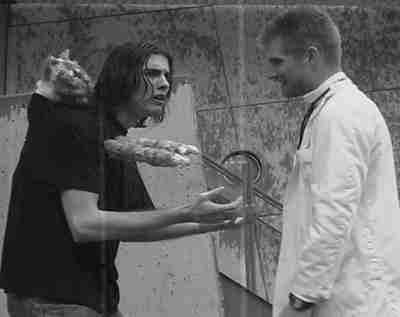 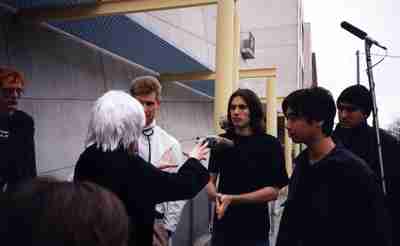 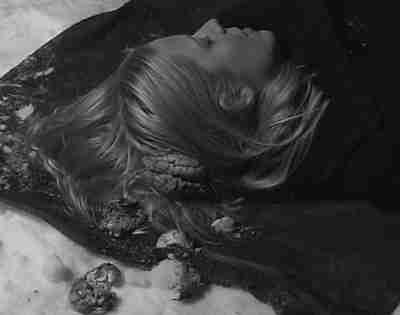 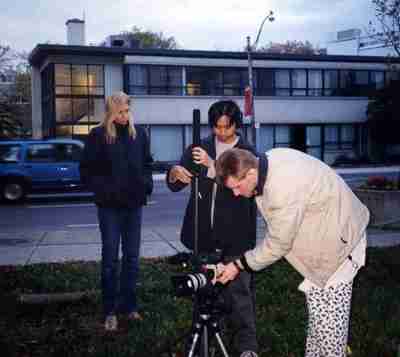 And there were so many cats.  Poor Andrea Lyons (Mrs. Smith) is allergic to cats, but dutifully took medication in advance of her set calls.  We shot a lot of the Cat Clinic scenes, Space Zombies’ ship interiors, lab rooms and Zombie Tech Lab interiors at two uptown vet clinics that specialized in treating cats.  One of several clinic cats, Ripley, liked to wander around underfoot while we shot in the basement of the clinic and he meowed loudly for attention while the camera rolled.  There were many times I was thankful that this was a Ed Wood style B-movie where errors were encouraged, so Ripley was free to “improvise” for us.  Our darling kitties, Frodo and Prea, had the opportunity to mingle with multiple new felines and humans.  They were pretty good about this, all things considered, and their compensation involved being extra spoiled.

We had to do a few practical effects as well.  There is a two-headed monster in the film, so we had to add a second head that was also a puppet and animatronic device to one of our actors’ shoulders.  This was to be a cat’s head, so Kevin sculpted over a semi-robotic toy dog head he’d cannibalized (heh – cannibalized) to make the face more catlike, painted the skin grey, added mechanically retractable cat shaped ears made of latex gloves (so the creature could flatten his ears), and then I glued on cat hair I’d gathered and saved from cats that had been groomed (shaved, like a lion cut) at the clinic where we were shooting.  Sometimes the cat head was propped up via a paper towel stand strapped to Kyle McKeown’s shoulder (the actor portraying Boolashacka…or at least, most of Boolashacka, minus the extra head), other times I had to work the puppet by hand from behind Kyle.  One of the shoots involving Boolashacka…either the penultimate or final shoot, I’m not sure…May 8th, 2004, was VERY COLD, in addition to being rainy.  Not just rainy, actually, it would hail on us from time to time, too.  Nevertheless, Kyle plowed through, along with most of the rest of the cast and a hefty crowd of extras (most of whom ended up with short lines, so technically they were a little more than extras).  That was also the day Johnny, who was shooting for us, crawled into the trunk of the car we were using and recorded a good deal of footage of Boolashacka running behind the car as it drove off down the Esplanade.

A Mad Scientist/Veterinarian, zombies from space, a beast with two heads, giant creatures rampaging through Toronto, super-cool spaceship battles, graveyards, brain-eating, brain-switch experiments and heaps of cats…it doesn’t get much more “Halloween” than that!  Also, let’s face it…Halloween can be as silly as it can be scary.  This film is an excellent reflection of that.

You can buy Space Zombies: 13 Months of Brain-Spinning Mayhem! on DVD (and when you do, you also get The Scary Bitch Project, included as a special feature!) from my SquareUp online shop, as well as from me directly at up-coming events to be announced (I hope there’s a Fan Expo or Toronto Comicon in our future)!

You can buy or rent Space Zombies on iTunes as well!

You can even buy the novelette adaptation I wrote through Lulu.com or Amazon.com, or my SquareUp shop (you can buy it in combination with the DVD as well), or the movie script version on Lulu.com. 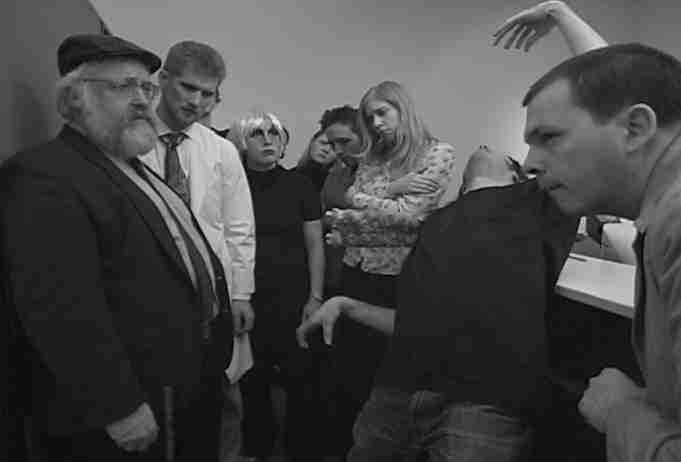 What the hell’s going on here? Find out…watch “Space Zombies!”