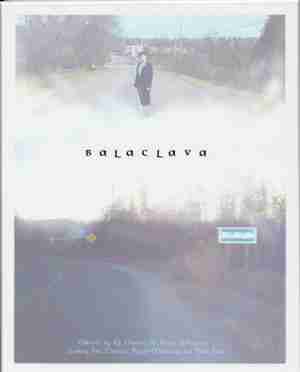 Regan Macaulay2016-10-22T00:00:00-04:00
By Regan Macaulay Uncategorized Comments Off on Hallowe’en Projects…Part 3
…In which I continue to “regale” you with tales of horrorific projects past.

Fall 2001, Kev and Kim and I took off to break in Triple Take’s new camera that would later be used to shoot Space Zombies…a Canon XL-1s.  We went to some Ontario ghost towns to shoot a trailer for a movie that doesn’t exist, and may never exist, called Balaclava.

Though, it may inspire a haunted ghost town or haunted house story in my future.  I just haven’t figured out the details.

At any rate, we shot at two particularly creepy locations…at the stone ruins of a Portland Cement plant in Marlbank, Ontario (where there is also supposed to be an old train car at the bottom of a nearby lake…sometimes the water level is low enough that you can see it, but we did not).  The plant was built in 1889 by the Rathbun Lumber Company.  Portland cement, for anyone remotely interested, is composed of marl and clay dredged from the bottom of the lakes and was more durable than the old lime variety that was previously used.  So, the plant was popular and busy for a time, but the plant became a victim of down-sizing and mega-mergers in the 20th century.  All that’s left are the office, a house and a bunk house, besides the extensive ruins of buildings, silos and so forth.  It’s pretty spooky looking.

The second and most important location was Balaclava, in Renfrew County.  It’s one of, if not the most picturesque ghost town in Ontario (technically, it’s not a complete ghost town…there’s at least one, maybe two households there).  The abandoned buildings include a water powered (at one time) sawmill and dam on Constant Creek, a blacksmith shop, a general store, a few farm related buildings, and there was once a hotel, but it burned down many years ago.  The sawmill had burned down as well, in 1939, but was rebuilt.  The little town, once bustling with life, now sits quietly on the shallow outlet of Constant lake.  I’ve been there a few times now, and the lighting is almost always spectacular, but was particularly so when we were there shooting that November.  Autumn suits the place utterly. 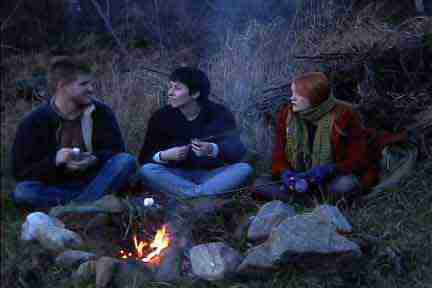 Kev, myself and Kim in a scene from the “Balaclava” trailer…
Our aim was simply to shoot a trailer outlining a ghost story in a ghost town that sinks it’s spectral claws into unsuspecting artist-filmmakers from “the big city”…Toronto, naturally.  We shot in Toronto at the Lillian H. Smith library on College St. in Toronto, and in one of the lofts in the Merchandise building on Mutual Street.  After that, we hit the road and shot in Maydoc (a lovely little pizzeria), Marlbank and Balaclava, afterwords staying at “The Last Resort” bed and breakfast in Douglas.  We also had time to see Harry Potter and the Philosopher’s Stone at Renfrew’s historical O’Brien Theatre (a heritage building).

The inspiration for filming this trailer came out of a 12 hour long ghost town road trip that Kimmie and Rob and I went on a year prior.  We explored multiple towns throughout southern Ontario, and we had also stayed at The Last Resort B&B.  I remember the rental car we were in had a very interesting glitch…when Rob rolled down his window (passenger side) while we were pulled over on the shoulder of one of many smaller highways we traveled along, it caused the passenger door to swing open!  Needless to say, we all kept the windows rolled up the rest of the way, especially while actually driving.  Ah, the quirks of renting from independent car rental companies, especially those located next to student co-ops! 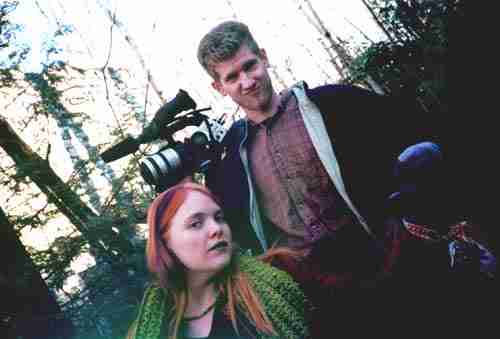 Kimmie and Kev taking filmmaking very seriously during out ghost town shoots…
You can see the Balaclava trailer HERE.

I hope that someday, it will also be a book, likely under a different name.  Perhaps it will be my first non-adaptive horror novel!