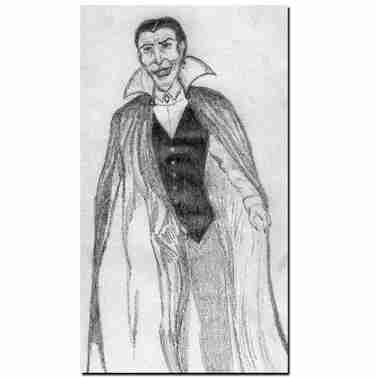 Regan Macaulay2016-10-26T00:00:00-04:00
By Regan Macaulay Uncategorized Comments Off on Hallowe’en Projects…Part 4
More tales of terror and giggles from my past, and now, my present.

They Suck…first a short screenplay that Kevin and I wrote together.  We managed to win an Honourable Mention on The Bastard’s Have Landed, which was once the official fan site for Peter Jackson (whose films inspired our twisted tale, particularly Peter’s very gory and very silly Brain Dead/Dead Alive…Trey Parker’s and Matt Stone’s Orgazmo became a later inspiration, somewhat accidentally).  The Bastard’s were having a “short film scripts inspired by Peter Jackson” contest, and we certainly felt that They Suck fit the bill.

Say hello to “They Suck” villain, Dr. Hanzenkrotchez!
Then Kevin and I decided to go ahead and co-write a full-length screenplay.  For the first few years, it seemed as if we had a reading for almost every major draft we created!  Although, I guess that was partly the point.  The readings were also workshops for Kevin and I.  One particular reading, held at Hart House (University of Toronto), was basically a script-in-hand but blocked out performance with a terrific cast!  We also did a number of test shoots of scenes with some of these talented performers.  Watching actors perform roles intended for a hamster, or pony or a disabled turtle was particularly amusing.  Yes, there are talking animals in this vampire story.  Because, why wouldn’t there be? 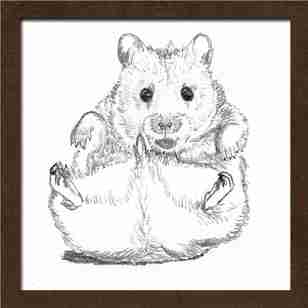 Hamster…an integral character from “They Suck”
Now the screenplay is published and in search of a co-producer.  And I decided to turn the story into a work of prose as well…hey, I think it worked out pretty well for Space Zombies!  I enjoy writing horror with my tongue firmly planted in my cheek.  The novella was just released on Lulu and Amazon in early October, in keeping with the season.

So, I’ve had stories with zombies (from space) and vampires…I guess I have to think about doing a werewolf story of some sort.  I’ve got witches covered, but that’s another story and another post… 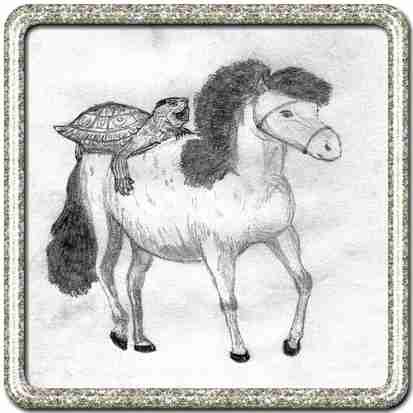 Mr. Tibbs (the pony) and Prince William (the turtle).
You can buy a copy of the screenplay by Kevin Risk and “Regan T. M. Pazuzu” HERE.

You can now buy the novella adaptation, which I also consider to be written by Kevin Risk and Regan T. M. Pazuzu as well (only adapted by Pazuzu), HERE.