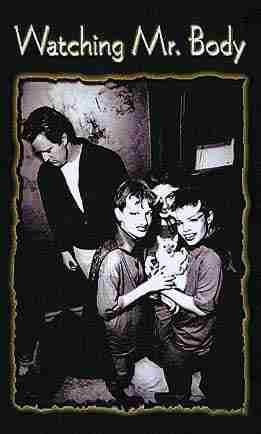 Regan Macaulay2016-10-27T00:00:00-04:00
By Regan Macaulay Uncategorized, What's New Comments Off on Hallowe’en Projects…Part 5
And now…a few terrifyingly miscellaneous projects…one that was, and two that never were…but may yet be, some day.  Or not.  These ones don’t involve so much comedy, for a change.  Perhaps that’s why they’re on a shelf and not yet produced…mwah-ha-ha-ha…or something.

Watching Mr. Body happened, weird though it was.  It’s scariness lies in it’s experimental nature.  It’s about 10 minutes long, with one extended static shot and one extended POV motion shot. 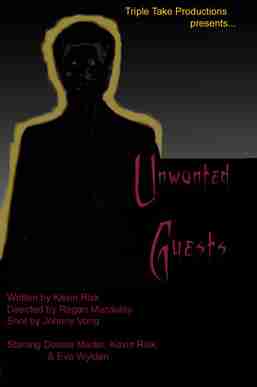 Unwanted Guests was meant to be a short film around 20-30 minutes about a young couple dealing with the presence of shadow people in their apartment.  Wondering what shadow people are?  From Wikipedia:  A shadow person (also known as a shadow figure, shadow being or black mass) is the perception of a patch of shadow as a living, humanoid figure, particularly as interpreted by believers in the paranormal or supernatural as the presence of a spirit or other entity.  Many methamphetamine addicts report hallucinations of “shadow people”, as a result of sleep deprivation.

In the case of our film, these shadow people were meant to be “alternate dimension” spirits or beings of some sort.  So we were going with the paranormal/supernatural interpretation.

Kevin wrote the script, but I was meant to direct it, so I still consider it a project of mine…even though it’s on hold indefinitely. 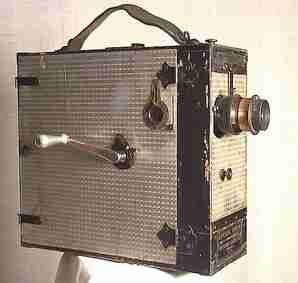 Silencer is another paranormal short film project that’s been put on hold.  It’s a project I’m co-writing with R. J. Downes, and not only is it a ghostly tale, the project is an exercise (or will continue to be, if and when we pick up the threads again).  The film is meant to be created (pre-production, production and post-production) only with technology that is no more recent than 1922 (or the equivalent version we can lay our hands on these days).  Rob (R. J.) and I both have antique typewriters that we had been using to type up our individual scenes (and we used carbon paper to create our copies…we do not, at the moment, have access to a Photostat machine), but that’s as far as the project has gone so far.

Only time will tell if Triple Take’s 35mm hand-crank camera from 1922 will see another shoot day!