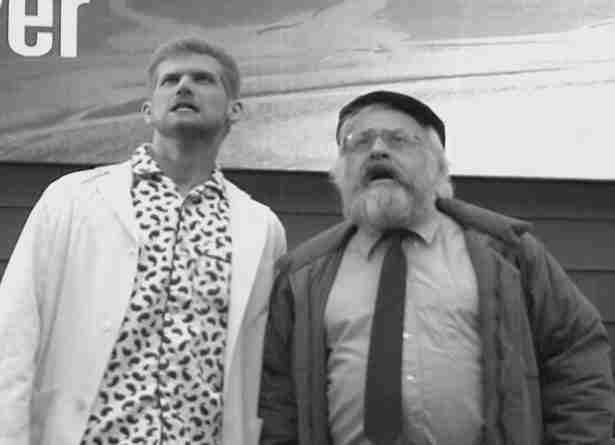 Next we have Albert Masters, our second Inspector Gidget:

“It’s hard to believe ten years have gone by since I first became a part of the Space Zombies saga. I can remember when the film was broadcast on a number of the cable channels — and people would sometimes tell me that they had seen me on TV. I have good memories of the filming process — and I continue to enjoy watching many of the scenes, which were a pleasure to record.

Aside from a few short independent films, most of the acting I’ve done in the last ten years has been on stage. For three consecutive summers, I was in Canopy Theatre productions outdoors near Philosopher’s Walk (Oedipus Rex, Much Ado About Nothing and As You Like It) and I was also in two Hart House productions (The Rocky Horror Show and A Funny Thing Happened on the Way to the Forum). I also continued to appear in a number of murder mysteries produced by Mystery Theatre Experience — where I played a retiring Santa, the Captain of a cruise ship, a Butler, a Maitre D, an Anchorman and a Thug. I also served as music director for a number of shows and appeared in a site-specific production of Much Ado About Nothing produced by the Single Thread Company at Spadina House — and I continued to host a series of over one hundred play readings at the University of Toronto.

Since I retired from working at the University of Toronto in January of this year, I’ve been working mainly as an organist and pianist. I presently serve as organist and pianist at two churches, work with two choirs — and occasionally get bookings for recitals and examinations. I also teach piano — and I’ve discovered that there are a lot of wonderful free recitals available throughout the week in downtown Toronto, which I didn’t pay much attention to in the past because of work commitments.

I’m sorry I’ve not kept in touch better with the Space Zombies cast and crew –although I continue to think of them often and hope everything is going well for them. I don’t feel I’ve changed a great deal over the last ten years — but having retired, I find myself thinking more about the briefness of our lives and hoping to make the best of each day.”

Albert was also in Triple Take’s production of Allison McWood’s It Was Kit in 2006 (Fringe of Toronto and Best of the Fringe), and Allison McWood’s Shakespeare’s Brain, directed by Regan Macaulay for Alumnae Theatre’s New Ideas Festival in 2007. 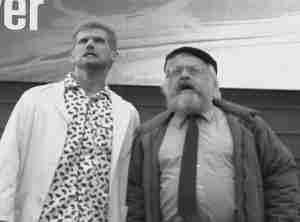