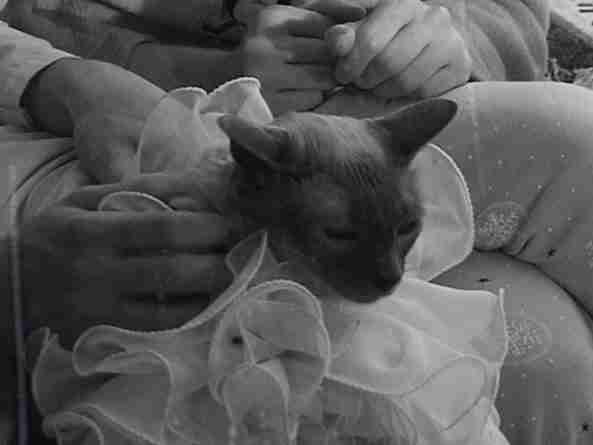 For the 10th anniversary of the movie Space Zombies:  13 Months of Brain-Spinning Mayhem!, Triple Take presents “Where are they now?” posts from some of the Space Zombies cast and crew. Next we have the feline star of the movie, Frodo B. Macaulay-Risk:

Space Zombies was not Frodo’s first film or video role – he also starred in Triple Take’s short film Watching Mr. Body in 2000, and in a sketch in the Triple Take Sketch TV pilot around the same time as shooting for Space Zombies was taking place.  He has since retired from the film and television industry and is living a low-key, easy-going life with the co-writers of the film (and his sisters: Sookie, a Siamese cross, and Raxl, a Chihuahua).  He very much misses his sister, Prea, who was also in Space Zombies (she played Boo-Boo, also known as Rinny-Tin-Tinny, or Mrs. Smith’s cat).  She passed away in 2007 at the age of 14.  Currently Frodo is a character in Regan W. H. Macaulay’s graphic novel (currently in development/initial drafts) called Dog Band.  Photos of Frodo will be used for his character in future artwork in the graphic novel. 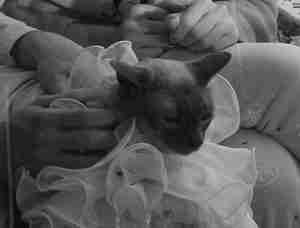 Frodo as Ju-Jube/Betsy (her thoughts) in a negligee. 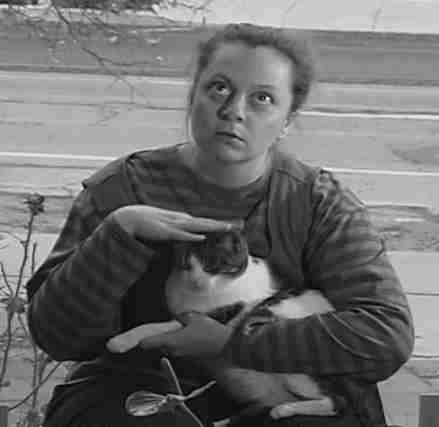 Prea as Boo-Boo with Mrs Smith, played by Andrea Lyons.