A lifelong artist, Alex Zgud has been drawing and painting for almost as long as she can remember. As a child she was primarily self-taught, and learned to draw by copying illustrations from her favourite books. She eventually began painting after finding a set of her mother’s watercolours.

Her formal art education didn’t begin until after high school, when she was accepted to Nipissing University‘s visual arts program. After two years there she transferred to the Ontario College of Art & Design in Toronto, where she majored in drawing and painting. In 2011 she graduated with a Bachelor of Fine Arts.

Not long after graduating Alex managed to find an apprenticeship at a tattoo shop, and has since been developing her skills as a tattoo artist.

Owing to her rural upbringing, she has always considered nature to be her greatest source of inspiration. Among her favourite subjects to draw are animals, flowers, human figures, mythological creatures. Traditional tattoo art also very heavily influences her drawing style. Her preferred media are inks and watercolours, as well as the occasional painting in acrylic.

She is currently working with Regan W. H. Macaulay on a picture storybook called Beverlee Beaz the Brown Burmese, to be published in 2015 by Cricket Cottage Press.  Alex created Triple Take’s logo mascot, a creature in search of a name (or three names). 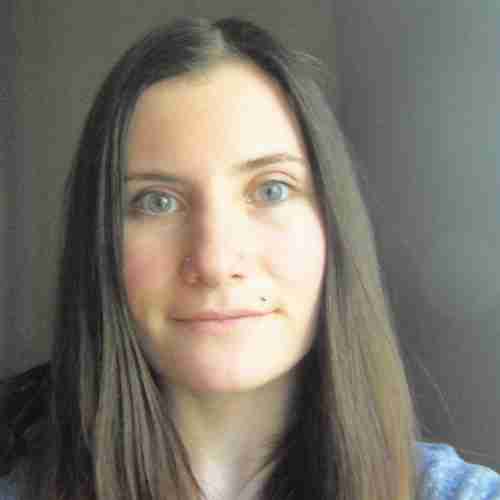