Growing up in Whitby, Ontario, R.J. Downes decided at the age of nine that he was going to be a writer.  Discovering acting and theatre in school, he quickly found his passion for writing for the stage.  Encouraged by his teachers, R.J. even had a number of his early one-act plays produced on the stage at his high school.

As a founding member of Triple Take Productions, he first produced several of his early works in An Evening of The Absurd, in Whitby Ontario in 1995.

In the following years his work was seen alongside a number of new writers works in showcases such as Triple Take’s Multiple Madness and others. His one-act play Judgment appeared in a double bill with Paradise Lust (by Julianne Grenkie, Natalie Lauzon, Regan Macaulay, Judy Singh) and served as his introduction to Toronto audiences.

Moving to Toronto in 1996, his work for the Toronto stage continued with a double bill of his plays Homesick and Music & Laughter in 1999 and a production of Crime & Etiquette in 2001.  During these years, while constantly working on his own plays, he also wrote and co-wrote a number of sketches and short films, as well as working as a stage manager and director for a number of Fringe Festival productions.

Taking a couple of years off to pursue work on a novel, he returned to theatre with Modern Ritual at the 2003 New Ideas Festival. This was followed by Platypus at the 2004 Rhurbarb! Festival and an independently produced double bill of those two plays, also in 2004. The years 2003 and 2004 also saw R.J. once again working as a director and stage manager for Embracing The Black Madonna, which toured the Winnipeg, Vancouver and Montreal Fringe Festivals.

The next few years saw a number of R.J.’s one-act plays at a variety of festivals. Most notably, Nostalgia (2004), By Any Other Name (2005) and Charades(2006) for the No Sweetheart Required Valentines shows and Without Whom (2006) for The Village Playhouse’s Two Plays and a Slice of Pie.

Last Dance of the Dark Cloaked Avenger, a full length play written and directed by R.J. and produced with Triple Take Productions, appeared at the Alumnae Theatre in May of 2007. Another full-length play by R.J., Charades was featured in First Draft in May 2008.  R.J. performed in and produced his play, Without Whom at both the 2008 Fringe of Toronto Festival and the Hamilton Fringe Festival.

2009 saw his one-act play The Stranger at the New Ideas Festival and a two night presentation at The Village Playhouse of a reading of a new full length play The Man in The Room Next Door (a comedic murder mystery in two acts).

2010 was another busy year. His one-act play, Flowers, was featured in No Sweetheart Required. Another one-act play Tightrope was produced for the New Ideas Festival and a longer version of the play for the Fringe of Toronto Festival. In the same festival R.J. stage managed The Aquarium for Triple Take Productions.

In the summer of 2012 he married Sarah Whalen in the backyard of their new house.

In 2013 his one-act play Two Actresses was featured in the Alumnae Theatre New Ideas Festival, Without Whom was produced and directed by R.J. for The Springworks Festival in Stratford, Ontario, and most importantly R.J. and Sarah welcomed their son, George Samuel Joseph Downes into the world. 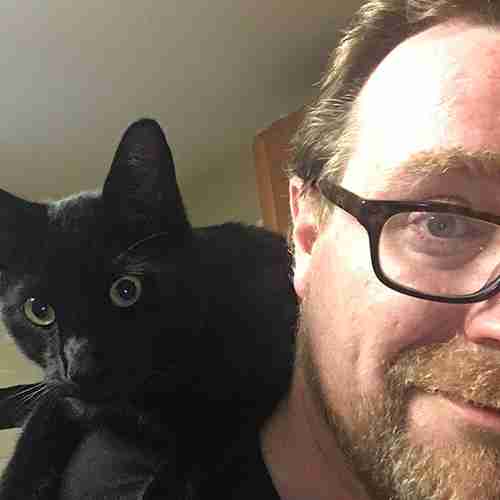