Regan has been writing since the age of seven, directing since high school, and producing theatre, film, and television since 1993. To date, Regan has produced 41 plays in 16 different productions under Triple Take, as well as 9 short films/videos and 1 feature film. She has directed 9 of these plays and all 9 of the short films (either portions or in their entirety) as well as the feature film. Regan has written or co-written 7 plays (two shorts, three one-acts and two full-length), 9 short films (in part or in their entirety), 2 teleplays (both one-hour dramas), 4 feature-length screenplays, and is currently working on 4 children’s picture books, various short stories (adult fiction), a graphic novel, and a series of novels for middle-grade readers.  Regan is the Artistic Director of Triple Take Productions, as well as Producer and Manager of projects taken on by the company.

Regan graduated from the Radio and Television Arts program at Ryerson Polytechnic University in Toronto in 1998.  In 2006 she earned the Writing for Children and Teenagers diploma from the Institute of Children’s Literature. In 2008, she received another diploma from the Institute of Children’s Literature called Writing for Children’s Books: The Craft and the Market. In September 2012, she received certification as a Canine Massage Therapist through Treetops, Lisle, Ontario. She is now the sole proprietor of Kuri K9 Massage.

Accomplishments in film and TV include directing the reality series Fairy Tale II (OUTtv); directing several episodes from the documentary series Literature Alive Seasons 1 & 2 (Bravo!); producing, directing and co-writing the short film The Scary Bitch Project (SPACE, SCREAM and Drive-In Classics) and the feature film Space Zombies: 13 Months of Brain-Spinning Mayhem! (SPACE and Drive-In Classics, and iTunes). She was Associate Producer for the first season of the documentary series Literature Alive, and the feature film A Winter Tale (Leda Serene Films / CaribbeanTales), which screened at the 2007 ReelWorld Film Festival and won the Tonya Lee Williams Award for Outstanding Canadian Feature.

Her theatre experience includes co-writing, co-producing, and directing The Aquarium at the 2010 Fringe of Toronto Theatre Festival. In 2007, she directed Shakespeare’s Brain by Allison McWood at the New Ideas Festival in Toronto. She also directed and co-produced Allison McWood’s It Was Kit, which was performed at the Fringe of Toronto Theatre Festival and the Best of the Fringe Holdover Festival in the summer of 2006. She co-wrote The Paradise Lust Romance Series, which she also produced and directed independently in Toronto (at the Drama Workshop) in 2002.

Regan recently turned her attention to the world of prose and children’s literature. She has composed the text for several picture storybooks (one will be published by Cricket Cottage Press next year), and she has completed two novels of a four novel series for middle-grade readers. In December 2010, Aoife’s Kiss Magazine published Regan’s short fantasy story, The Kiss. It was later published online on EMG-Zine in November 2011, and it is now available for download on the Alfie Dog Limited website, and was also included in an adult fairytale anthology by Alfie Dog later in August of 2014 (Thrice Upon a Time). Sloth the Lazy Dragon, a humourous sword and sorcery tale for adults, was published online on the Yesteryear Fiction site in December 2011, followed by Sorcerous Signals in May 2012, then it was printed in Mystic Signals shortly after. It was published online again by The Were-Traveler in the fall of 2014. In early 2012, Regan’s article for children in grades four to eight called Animal Actors was published in REAL: The Canadian Kids’ Magazine’s winter 2011 edition. The Institute, her first short horror story, was published in November 2012 by Silverthought Online. It will be published in issue 27 of Night to Dawn Magazine in 2015. Envy, her very shortest flash fiction story (149 words), was published on the DM Du Jour website in March 2013, followed by The Glass Coin in April 2013, and by Space Squid December 1, 2013, and a 100-word version has been published in DreamScape Press’ 100 Worlds anthology in October 2013. Her short story for children called Jason and Jake was published and is available for download on the Alfie Dog Ltd. website (February 2, 2014).  Recently, Regan published a novelette adaptation of her feature film, Space Zombies!.  It is available through Lulu, Amazon, and Barnes and Noble.  A paperback version of the feature film script is also available through Lulu.  Coming up, a picture storybook called Beverlee Beaz the Brown Burmese, to be published in early 2015 by Cricket Cottage Publishing, with illustrations by Alex Zgud.

When she’s not writing prose, or spending time with her talented husband Kevin Risk (a writer, librarian, and resident mad scientist), she spends time with her beloved pets (including her Chihuahua, Siamese cats, and several frogs, toads, newts, fish, and salamanders), and she takes various holistic courses for pets. Animals have always been a passion of Regan’s and are, more often than not, characters in her children’s literature, as well as most of her films.

Regan is also a Canine Massage Therapist (with training in Pet First Aid, Herbal Remedies and Aromatherapy for pets, and a course called the All Fit Dog) and started a new company, Kuri K9 Massage, on February 2nd, 2013.

You can also visit Regan’s “writer website” at reganwhmacaulay.weebly.com. 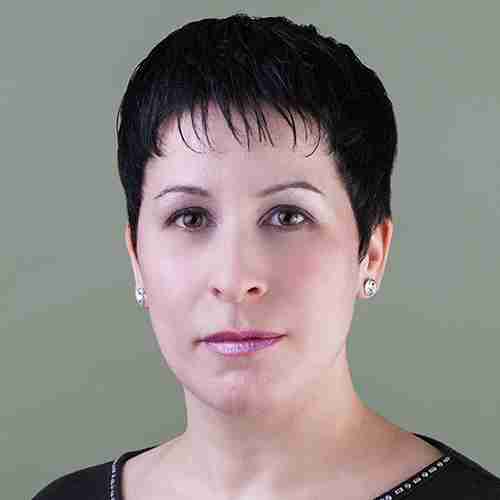