“Peter Little Wing” is out in the wild!

BUY YOUR COPY TODAY ON AMAZON…help me make this book a bestseller!

And the winner of the plush kiwi is TONYA C.! I’ll be in touch soon, Tonya!

Peter, a captive Southern Fiordland tokoeka kiwi, and his friends from the National Aquarium—Onion, a little blue penguin with an inner-ear imbalance; Tim, a tuatara with Generalized Anxiety Disorder; and Rangi, a kea with clipped wings—embark on a quest through the unfamiliar wilderness of New Zealand in search of three ingredients needed to create an elixir to cure Peter’s ailing grandfather. Together, they traverse the length of the South Island of Aotearoa, all the way across the Cook Strait and back home to the North Island. They learn what they are all capable of in the wild of the wop wops, and what the world beyond the “Wall of Shadows” of Peter’s habitat is all about. 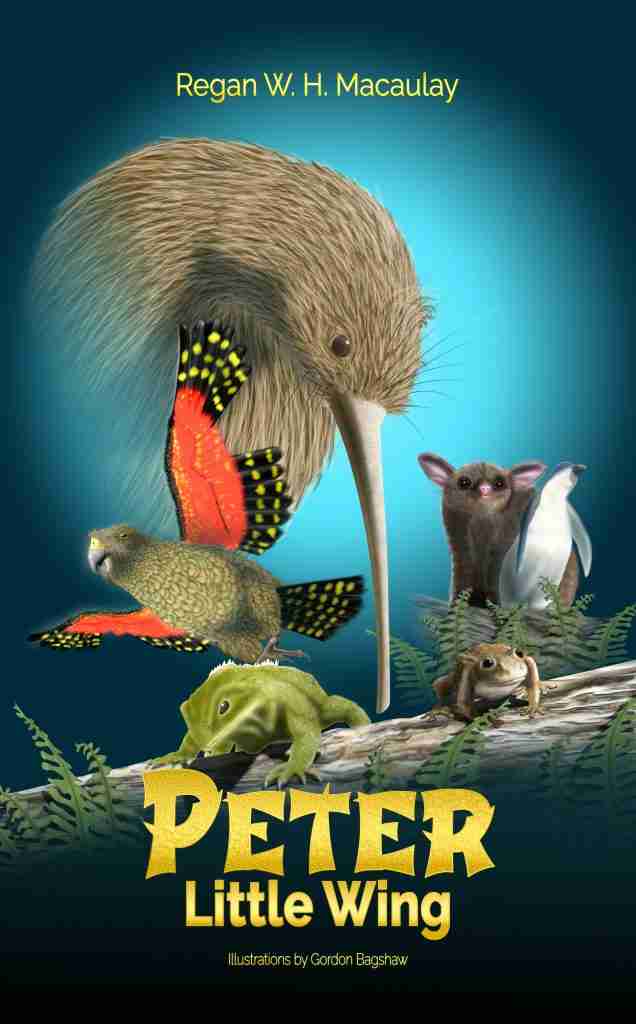