BUY THE SCRIPT IN DIGEST-SIZED PAPERBACK THROUGH LULU

BUY THE NOVELLA ADAPTATION IN PAPERBACK THROUGH LULU

BUY THE NOVELLA ADAPTATION IN PAPERBACK THROUGH AMAZON

BUY THE EBOOK NOVELLA THROUGH LULU

It is a dark, dank, odorous evening – a storm rages outside a gloomy Gothic mansion.  Inside, a man much like Vincent Price (without the cuddly demeanor) sits in a large leather swivel chair, smoking a pewter crack pipe.  He is our host, Vincent Von Suckles, and under his guidance the gruesome tale unfolds.

A mutated vampire with extraordinary and extremely unnatural thirsts rises from his grave.  One of his victims is a tidy, obsessive-compulsive named Nicole Ridley, who is later found “dying” by her enraptured, animal-loving fiancé, Robert Spavor.  Sadly, not understanding the nature of the attack on his girlfriend, Robert and his animals struggle in vain to save her.  A broken man, he stumbles off to a bar intending to drown his overwhelming sorrows.  Meanwhile, the city is being terrorized by the wantonly vicious attacks of the newly-born vampire Nicole.  Her lurid escapades soon attract the attention of the Head Vampire himself.  And it is not long before this same lusty, disgusting behaviour is drawn to the attention of her ex-lover, who then realizes the intense gravity of the situation.

Will Robert’s love for Nicole triumph over death?  He will make it so, or die trying!  He enlists the help of his troubled, childish friend Terry and together they wage a war against these new grotesque vampire mutations that culminates in the silliest, most vulgar, blood-stained, gory epic battle ever created!

A feature film. The first reading was performed September 29th, 2002 at Hart House, University of Toronto. The second reading was performed in February of 2003, also at Hart House.  The third reading performed at the LIFT OUTLOUD script-reading series in May 2005.  Honourable Mention Award (22nd of 100) for the 73rd Annual Writer’s Digest Writing Competition for the script and Honourable Mention on “The Bastards Have Landed” (Peter Jackson’s Official Fan Site) for a short film version of the script. 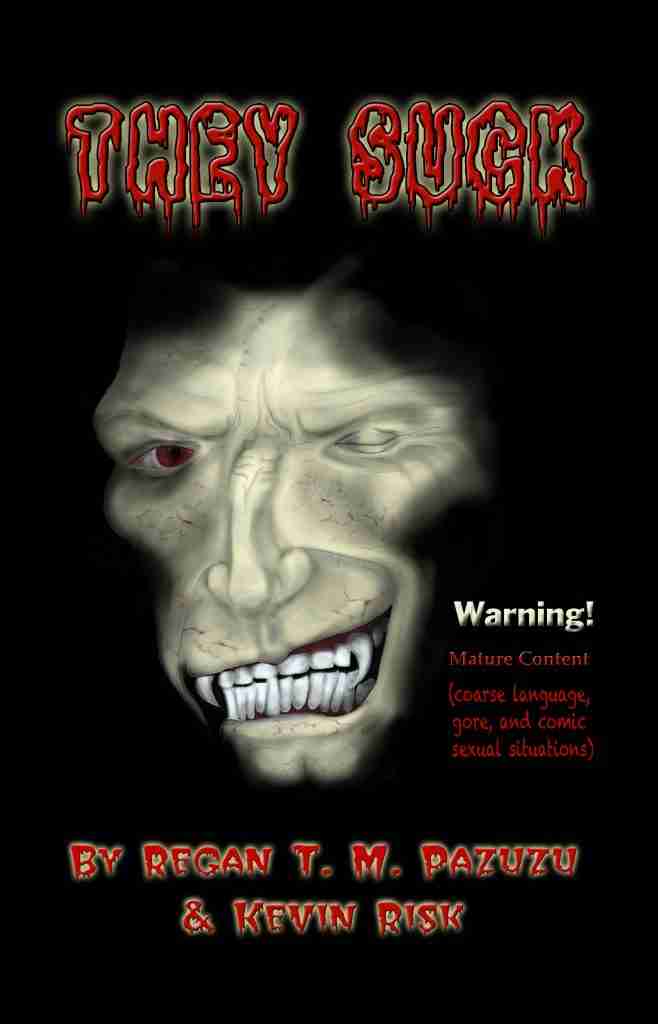