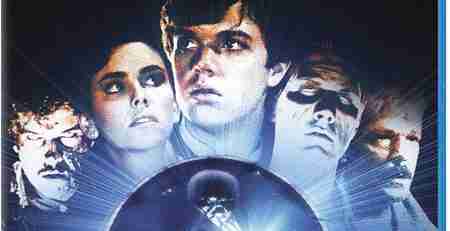 An alien experiment crash lands on earth in the year 1959 and infects a member of a fraternity. Scientists freeze the body, but in "modern day", which would be 1986, in this case, two geeks pledging to be in the same fraternity thaw the... read more

Five great shows, including R.J. Downes' Two Actresses starring alumnus Anne Harper (Without Whom at the 2008 Fringe of Toronto Festival and Hamilton Fringe Festival).  Check out the New Ideas Festival page for all the details! read more

“The Night of the Iguana” at Hart House Theatre, U of T!

The Night of the Iguana by Tennessee Williams Starring David Ferry Directed by Jeremy Hutton at Hart House Theatre (University of Toronto):  7 Hart House Circle, Toronto In Mexico's blistering heat, this story explores a priest's shattered faith and his cataclysmic undoing as he questions principles with which... read more

"All I can say is...WOW.  As a fan of old-time radio shows and a radio personality myself, I have to say that you have NAILED it with your parody!  I mean, even right down to the commercial sponsors...brilliant! "Some of the story lines were... read more

“Conspiracy” Reading at Grace Church on the Hill

Heretofore Productions will be putting on the first Toronto production of Conspiracy as a staged reading at Grace Church on the Hill at 300 Lonsdale Road (Toronto), on Saturday January 19th at 7:30pm, with author Loring Mandel in attendance. No charge... read more