The blog/site Books of the Dead Press have posted about our published script – Space Zombies:  13 Months of Brain-Spinning Mayhem!

Buy your copy on lulu.com!

“It Was Kit” to be remounted…at St. Andrew’s College

The 2006 Fringe of Toronto Festival and Best of the Fringe (Diesel Playhouse) hit, It Was Kit:  The "True" Story of Christopher Marlowe by Allison McWood, is about to receive the remount treatment!  The production includes an all student cast of 12 up-and-coming actors,... read more

Theatre Aurora's Playwrights of Spring Festival is looking for a Publicist. read more 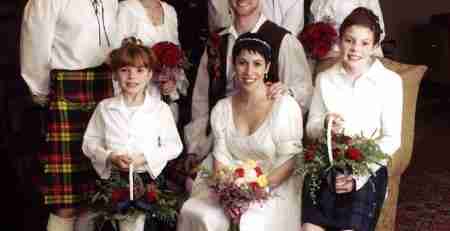 It’s Kev’s and my 10th wedding anniversary today, Halloween, and I wanted to post something on this occasion. I thought I would rehash some of what I mentioned in my Space Zombies “Where are they now” post from a few weeks ago, because 10... read more

Triple Take Productions and Still Winter Media are working together to co-produce what will be their first ultra low-budget digital video feature - William Shakespeare's Macbeth. We look forward to casting this particular production! read more

Great news!  Triple Take Productions has reached an agreement with two different production companies to co-produce plays in the Fringe of Toronto Festival in 2010.  Triple Take will produce a new play co-written by Regan Macaulay and Allison McWood, entitled The Aquarium, with Good... read more