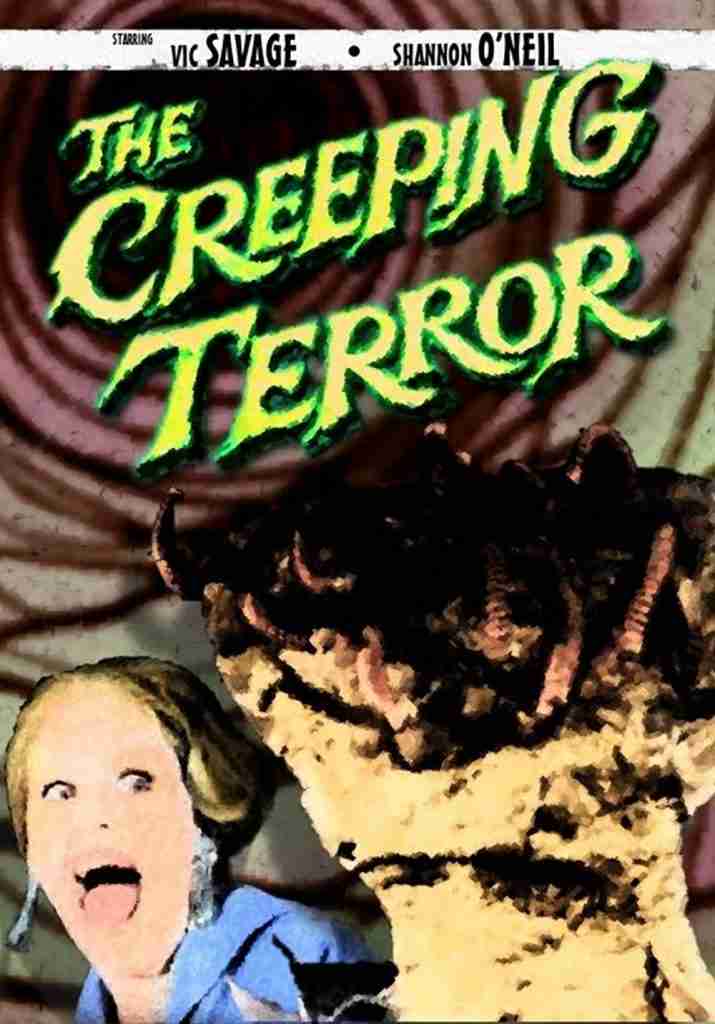 In response to Martin’s request for assistance, a “special unit” of military troops, commanded by Col. James Caldwell (John Caresio) arrives at the site. According to IMDb trivia, “The truck the soldiers travel in has U.S. Army painted on the driver’s side only. All army vehicles have a star painted on them and have “U.S. Army” on both doors. Also the truck has a civilian license plate.” There’s also a weird sequence where the military personnel have to remove a branch in their path on the way to the site. It’s long and pointless. But I guess it takes up a few minutes, so hey! Two of the troops enter the craft, examine its contents, and report back to Caldwell the presence of a creature that is harnessed inside. The next day, “the world’s leading authority on space emissions,” Dr. Bradford (William Thourlby), arrives to direct the ongoing investigation, which includes examination of the creature with flailing vacuum tube arms and the spacecraft’s dials and knobs, all analog. I found the following in IMDb’s extensive list of the many errors in “The Creeping Terror”: “The instrumentation inside the alien spacecraft has English and Earth style lettering and numbering. Careful observation also reveals some Earth corporate names and/or trademarks on some of the panels.” Also, every time we cut to an exterior shot of the rocket, and sometimes the interior, too, we are treated to a rip off of the original “Star Trek” bridge sound effects.

And I have to spend a moment on Savage’s strange subplot agenda, best represented by a scene where the narrator explains why Barney, Martin’s bachelor friend and fellow cop, doesn’t comprehend how marriage changes a guy. The narrator is seriously spewing major matrimonial propaganda. Oh narrator, you are so wise in the ways of love and coming of age. And then the newly weds make out a bunch, turning Barney off altogether, so he just leaves. Barney just doesn’t get their pure and perfect love.

As the investigation proceeds, the creeping creature stalks the countryside and, despite its markedly awkward and slow pace of ambulation, successfully approaches, attacks and eats a bikini-clad girl, a housewife hanging laundry (and here is an example of the narrator helping us out by giving away parts of the story before they happen. He dutifully tells us that this wife is saying goodbye to her husband for the last time. Also, she doesn’t seem to have a name for her ailing baby (just referring to him as “poor baby”), but fun fact, the track used for this baby’s cry is also the same one used at the end of “Rosemary’s Baby”!), Grandpa Brown (Jack King), and his grandson Bobby (Pierre Kopp) who has wandered off to go catch lizards (I must say, I fully approve). Hard to believe all those people actually met their doom, though. Cuz creeping terror is very slow. My god, is it every floppy. And not very scary. Weird, yes. Scary…meh.

Cut to a bunch of people at a picnic. One couple sneaks away to be alone. Of course, creepy attacks, but again, we’re only seeing the reactions, then the leafy crawling carpet leaves, but not before consuming one last guy who tries to beat it to death with his guitar. Then it dragon dances on top of the other picnickers.

That, coupled with the other attacks, leads the doctor, military, and cops to conclude that there must be another monster besides the one inside the rocket, and it’s on the loose!
Next, creepy crawly is heading towards the local dance hall, because of course he is. We have to see some awkward white people try to do the twist in this film, too. One woman is even kinda dancing while seated at her table. It’s all very cringey, and we’re watching these people “dance” for far too long. The blonde girl in gold pants (Louise Lawson) is also WAY too enthusiastic, and a fight breaks out for some unrelated reason even as the creature attacks. Outside just prior to his attack, it’s kinda like creepy is doing his own version of the twist, too! Shake those vacuum hose locks! Girate for me!
Then, creeping terror is off to pursue couples in their cars at a lover’s lane (the narrator takes the time to say that “anyone who experienced that catastrophe, and survived, would never go there again.” btw). He really has a thing for traumatizing young lovers. Or punishing horny teenagers, as is still a fine tradition in many a horror film. I loved watching the monster squish itself into and overtop of the convertible to absorb one couple! Then it shuffled off. Onto the next car, then. But someone has actually figured out they can just drive away! Creepster is furious about being foiled. He tries for another couple, and they just decide to ditch the car and run away. Then another guy is unable to get his car to start, so the creature pushes the vehicle until it eventually flips over. Then an observer that pulled up in another car is just watching creepy do all of this—he’s not helping. He eventually drives away, so the creature is free to attack the victim of the rollover. He flips the car again! He’s really pissed. He’s just acting out. Then he eats the guy,

Following the lover’s lane incident, Caldwell orders his troops to attack the tree in a bridal gown, telling Bradford that the creature would be captured alive if possible (Dr. Bradford wanted the monster taken alive, because he’s a mad scientist, natch). The troops attack by standing close together, walking slowly toward the creature in a group, and firing their tiny, insignificant guns. Surprise, surprise, the attack is ineffective, and all but two of the troops are devoured. Caldwell then decides to throw a live grenade, which finally destroys the creature. After briefly examining the dead creature’s tissue, Bradford hurriedly returns to the spacecraft and therein somehow triggers an explosion. Although this explosion mortally injures Bradford, it does not damage the craft or its instrumentation, and it allows the harnessed creature to escape. As the creature prepares to devour Bradford, it is killed in a collision with Martin’s arriving police car. Bradford then explains to Martin and Brett (why does Martin keep bringing his wife to these dangerous scenarios?) that the creatures were “mobile” laboratories designed to consume human beings, analyze the bodies chemically to detect weaknesses, and from the spacecraft transmit the acquired information into outer space.

Although Martin fails to destroy the spacecraft’s transmitter equipment, the dying Bradford says that the creatures’ home planet might not even exist anymore, concluding that “only God knows for sure.” Yikes.

Here’s just some of the trivia treasures I found on IMDb:

Examples of the Narrator’s lines I simply, absolutely must share with you: 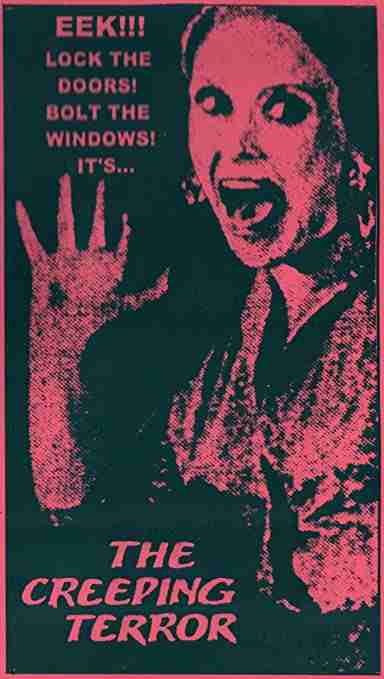