We’re back, just in time for the 10th anniversary of our feature film, Space Zombies: 13 Months of Brain-Spinning Mayhem!

In celebration of this decade old B-movie (which is now on iTunes…rent/buy it today!), we have released a novelette adaptation of the movie, penned by Regan W. H. Macaulay.  It’s available as a pocket book on lulu.com NOW, and will soon be released on Amazon and Barnes & Noble.

And coming up through the month of September, we have a series of posts entitled “Where are they now?”…they will be about various members of the cast and crew of Space Zombies and what they’ve been up to between the time Space Zombies was released and now!  So, be sure to check back to see what these folks have been up to all these years – they’re a truly talented bunch! 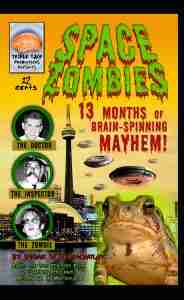 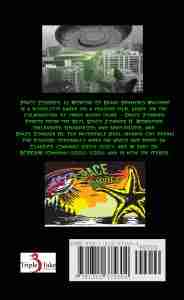